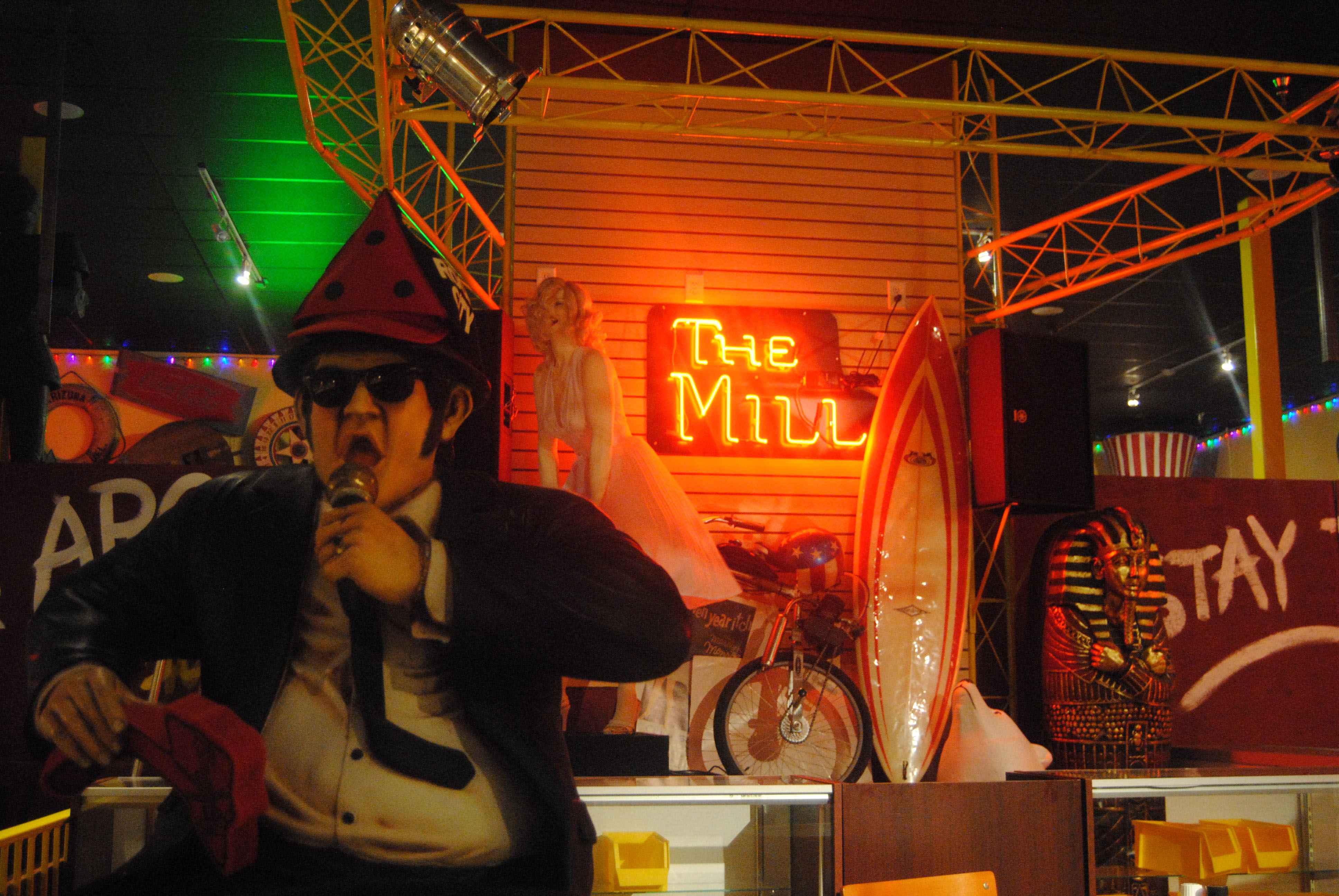 If the thought of fresh, doughy specialty pizzas doesn’t grab your attention, then take one step inside Remerton’s new buffet restaurant, and you won’t leave without a full stomach.

The Mill Pizza Buffet and Games opened last week in the Remerton Mill Plaza across the street from the decimated construction area that was once the Strickland Cotton Mill (hence the name).

Customers will quickly notice the hundreds of random items plastering the walls throughout the restaurant, helping to bring them the ultimate store experience.

Everything from collectible, soap-box derby cars to sports memorabilia dons the restaurant.

“We’re open!” owner Danny Davis said. “It took a long time to get it decorated. We’ve been collecting for years; not just for our personal self, but for the ultimate store. This is what we wanted to build years ago.”

A temporary wall currently separates half of the restaurant and will do so until the 40-piece arcade arrives, which will include games like air hockey and Skee-Ball.

Davis and his staff took over the 7,000-square-foot location, vacated by ChrisMill Homes, in July and began renovating in August.

Davis said being in the same plaza as the popular bars played a large role in his decision to open his establishment there. However, he is reluctant to open late in the morning hours, at least for now.

“Financially, I already know it would be huge,” Davis said. “But we’ve got so much money in our decorations and our reputation in being a family restaurant. I was in college too once. I know how it is.”

A stage occupies the center of the restaurant which is reserved for future, small-band performances and karaoke nights. The Mill also features a banquet room for parties.

Davis said within a week The Mill will possibly be offering lunchtime discounts for VSU students.

“This is a total rebuild,” Davis said. “We’ve been working diligently. We still got a lot of work to do.”