Grammy…zzzzzz
The entire show was a snoozefest. The most exciting performance of the night came from Paul McCartney who casually strummed along to Rihanna’s “FourFiveSeconds,” like an animatronic robot. Was his mic even turned on? Was his guitar plugged in? It appeared as if he was only brought on stage to look pretty and collect a paycheck. Can’t hate on him for that. Not so surprising news? The show received its lowest ratings in years.

The major storyline (really the only important one worth discussing) from the Grammy Awards is the controversy surrounding the album of the year. If you haven’t been living under a rock, you probably have heard about the situation involving Kanye West, Beck and Beyoncé. West waltzed on stage after the heavily favored Beyoncé lost to Beck for the album of the year award. It appeared as if he was about to relive the iconic VMA interruption, but he surprisingly kept his cool. That is until his post-show interviews came out when West ranted about the Grammy Awards’ credibility and how the show should hand the award to Beyoncé for the sake of artistry. However, as a newly anointed ironic fan of Beck, I did not appreciate Kanye’s untimely interruption.

Random post-Grammy tidbit involving this debacle? Kanye West stated in an interview that he and stage ambush victim #1, Taylor Swift, are in talks of a collaboration. What a time to be alive…

Demi Lovato Delusions of Grandeur
Ex-Disney star, Demi Lovato, went on a mini rant on Twitter hours leading up to the Grammy Award about how she WILL win a Grammy and how her next album will be the best one yet.

Angelina Jolie Adding to her Collection
According to E! News, Hollywood power couple, Angelina Jolie and Brad Pitt are gearing up to adopt again. Jolie continues collecting kids like Yu-Gi-Oh cards. Wonder if she plans to head up eBay anytime soon.

But whatever, good for them if they do decide to adopt again.

Chris Brown Cancels
Things continue to go hilariously bad for R&B singer and court mandated community service procrastinator, Chris Brown. He recently had to cancel a concert in Minneapolis after low ticket sales. According to AllHipHop, Brown was only able to sell a measly 17 percent of tickets. The venue was only able to sell 3,500 out of 20,000 seats and according to reports, there might be more cancellations to come.

Bruce Jenner Accident
After a car accident involving Bruce Jenner that left one person dead, new reports have come out that Jenner was possibly seen on his phone at the time of the accident. It is still under investigation.

Jon Stewart Is Leaving The Daily Show
After a 16-year stint with “The Daily Show,” during a live taping of his show, Jon Stewart let it slip that he was planning his departure. It was later confirmed by Comedy Central. There hasn’t been word of what is to happen with the show once he exits.

Previous Horoscopes: Daily Forecast 2/12/15
Next Basketball hopes to bounce back 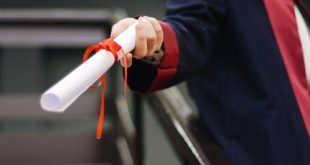 Congrats Grads: Another class of Blazers will get their degrees soon 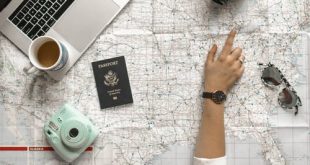 What studying abroad during a pandemic could look like 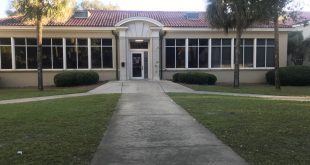 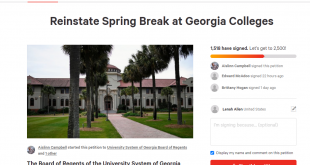 VSU Students fight to get Spring Break back

It was announced on Oct. 16 that five wellness days spread throughout the semester will ...