Home / Opinions / Battle for the Blazers 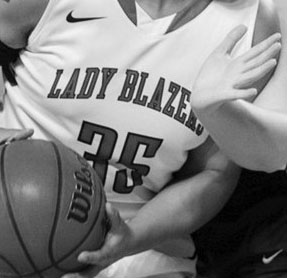 Battle for the Blazers

A hot debate that is steadily circulating is whether women’s sports teams should be called “Lady” mascots.

For example, in the case of VSU sports, Lady Blazers should be able to make up their own mind about what they want to be called.

If players want to be called Lady Blazers, let them have their title. They are the ones playing the game and putting their souls into each play.

Lady is a term that deals with respectful women and these players are respectful. They respect their teammates, coaches and their opponents. They show their respect on the court giving everything that have to win and bring honor to their school.

According to the Women’s Sports Foundation, female athletes receive 63,000 fewer opportunities at NCAA institutions than their male counterparts.

Women already have to deal with unequal opportunities and labels placed on them in society. Valdosta State University can set an example for other schools and show that Blazers are strong independent thinkers who can make up their own mind regardless of gender stereotypes.

When it is game time, men and women will still be cheering, “Go Blazers!” because we are all Blazers that support each other when the time comes. Blazers are more than just men or women. They are a collection of students that push beyond expectations and show their true colors during a challenge.

Editorial: VSU Professors are adding on to the current stress of students

Poll: Do you feel safe on campus after the 2020 election?

Ranson Trueman, a junior secondary education and history major “I can understand why they are ...