Playboy puts it back on

Chief executive of Playboy released a statement to the public that they will no longer publish images of nudity in their magazine. The executive felt that nudity and pornographic images are already readily available on the internet, so much that it is cliché to continue putting it in their magazines.

What kind of reaction did Playboy receive after making such a bold move? Well, the new decision has a wide range of opinions which can be seen all over social media outlets.

Playboy considered consumer behavior and realized that it was time for a change in their content. Since their change, their unique viewership is up and they are attracting younger readers as well.

Yes, sex sells. However, in this present day, sex is everywhere. With open blog sites like Tumblr, getting to pornography isn’t a hassle anymore; you could honestly see nudity at any time surfing the web.

I strongly believe that magazines should feature beautiful and sexy women in a more positive light; giving those attractive women features and interviews about their lives and careers and not just their naked bodies. Provocative poses are much more attractive and leaves more for the imagination.

This is a brilliant idea that makes me pleased with the change in society. For a magazine publication, it is only right that they teach the public different ways to view women without exploitation, since they are the ones that often influence our perceptions.

“I respect the thought process behind it, but I think it’s pretty contradictive to the core that is Playboy,” said Brian Hickey, a senior journalism major.

“I think if Playboy stops showing nudity it won’t be Playboy anymore. Playboy is known to have nude women in it and that’s what the people want to see,” said Jazmyn Marshall, a communications major. 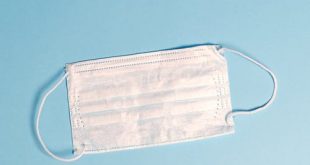