Marijuana grower Basil McMahon with his crop in Grass Valley, Calif., on November 12, 2015. A sweeping new package of laws will reverse years of state silence by regulating and licensing every stage of the medical marijuana industry. "It means I’ll be able to do what I'm doing without fear of persecution for the first time in my life, for the first time in generations," McMahon said. (Randall Benton/Sacramento Bee/TNS)

For years, the argument that marijuana doesn’t harm the body in any way has been going around. However, new research finds that, despite becoming legal in some states, marijuana may not be as innocent as everyone thinks.

A recent study published in a JAMA Internal Medicine article finds that over time, long-term marijuana users may suffer a decline in their verbal memory, which is the ability to remember certain words.

The research was conducted by surveying more than 5,000 subjects of the Coronary Artery Risk Development in Young Adults who were 18 to 30 years of age between 1985 and 1986. Before taking cognitive tests, subjects were interviewed about their usage following up 25 years after the initial start of the process.

Results showed that the subjects who smoked marijuana on an everyday basis for five years or more had lower verbal memory scores compared to those who didn’t smoke or who smoked less regularly. On average, the research showed one out of two people remembered one word fewer from a list of fifteen words.

Although marijuana usage is connected to a decrease in verbal memory, heavy marijuana use did not become evident to affect other cognitive functions such as mental processing speed, focus and planning.

Researchers can’t figure out exactly why marijuana use affects verbal memory, but they think it is linked to THC, a chemical responsible for most of marijuana’s psychological effects. Because it may affect the way information is processed in the hippocampus region, the center of memory, emotion, and nervous system of the brain. 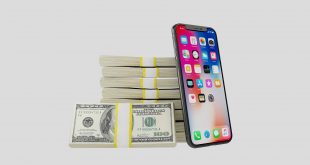 Are the new iPhones really worth it?