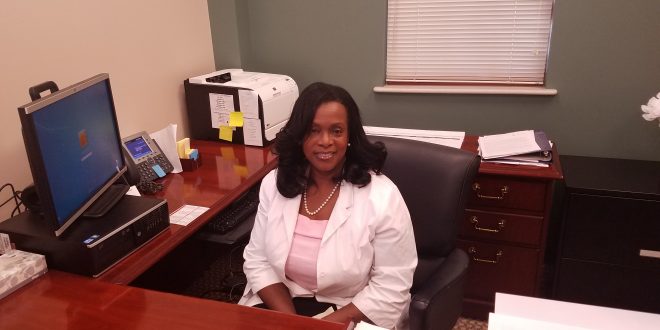 Over the course of this year, VSU has implemented many changes within the university, including opening the medical director position. After a rigorous process, Dr. Kim Scott-McGee was chosen for the position.

“The hiring process for the medical director was led by the Assistant Director for Business Operations Lynette Lewis,” Dr. Vincent Miller, vice president of student affairs, said. “She put together a committee that included students, representatives from SGA and a medical director from another university so that we would have as much evaluation of the applicants as possible.”

After their evaluation, the committee submitted their recommendation to Dr. Miller, and he made the final decision. With the whole process taking about two months long, Dr. Scott-McGee was selected and brought in as the new medical director here at VSU.

“I had a skype interview first, then I was brought in for an in-person interview,” Dr. Scott-McGee said. “The whole process took about two months and when I came down and saw the area, you have to love it.”

Originally from New York, Dr. Scott-McGee is divorced with one child. After graduating from Bernard and Baruch University in New York, she moved to Washington, D.C. for medical school and residency.

With more than 20 years of experience, Dr. Scott-McGee has overseen student medical facilities at both Howard University and Kennesaw State University since the start of her medical career.

“I love student health because college students are in a part of their lives where they are actually attentive to their health,” Dr. Scott-McGee said. “I love to teach, promote and treat students.”

Since beginning the job, Dr. Scott-McGee has been busy seeing patients and implementing guidelines that she wants the staff of the health center to follow.

“I see patients and that really takes up most of the day,” Dr. Scott-McGee said. “In addition to that, I supervise over the clinical staff, the pharmacy, which is now a retail pharmacy where we can fill outside prescriptions, and I am transitioning currently into overseeing the lab.”