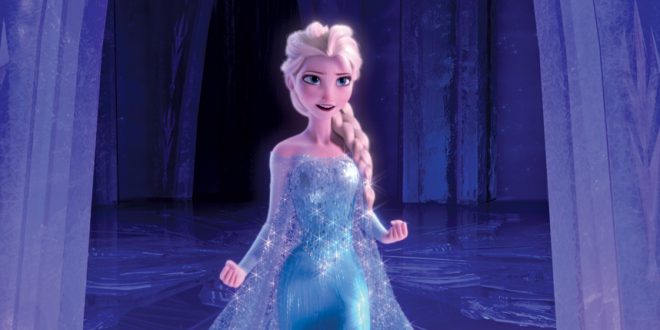 Disney’s cultural phenomenon, “Frozen,” is in the works of a highly anticipated sequel.

Fans across social media platforms have discussed the potential plot details: “What will Olaf be getting into?” “Will there (ever) be a better song than ‘Let It Go’?” and “What about the dresses?”

But the social media movement that caught the attention of Disney professionals and junkies worldwide was #GiveElsaAGirlfriend.

In an interview with the Huffington Post, writer and co-director Jennifer Lee gave a subtle response.

“I love everything people are saying [and] people are thinking about with our film ― that it’s creating dialogue, that Elsa is this wonderful character that speaks to so many people,” Lee said. “Where we’re going with it, we have tons of conversations about it, and we’re really conscientious about these things.”

Lee talked a little more about her thoughts as a writer and how she takes the fans opinions into consideration. At the end of the interview, Lee left with the final statement, “We’ll see where we go.”

That’s it. That single sentence gave VSU and the world hope.

“I would love for a Disney princess to finally represent the LGBTQ community,” Jillian Houston, a sophomore athletic training major, said.

“It would be momentous if Disney had a lesbian princess,” Elissa Suarez, a junior nursing major, said.

I couldn’t agree more. Disney has always created stories that represent the underdogs and signified the diversity of the world.

Classics such as “Mulan,” “Aladdin” and “The Lion King” tell stories of heroism from people you’d least expect. Within this decade we’ve seen “Moana” and “CoCo”– not to mention talking fish, mermaids, frogs and Greek gods.

But by having the sexual orientation of a princess being attracted to another princess rather than a prince, would be culturally remarkable.

The movie’s biggest themes are “about giving hope, but how hope is earned,” Lee said. “It’s earned by hard work. It’s earned by believing that no matter who you are, where you are, what you think about yourself, you have an important role to play in the world. Accept yourself and just get going. We need you.”

Of course, there are and will always be people who don’t agree or don’t find this idea suitable for their children.

Columnist Emma Teitel from The Toronto Star said, “Who knew North American parents would rally with such force to protect the sanctity of a film they complain about incessantly.”

The push to “save Frozen” leads me to believe that parents who complain about the Disney movie were lying to us all along. “Frozen” is not the bane of their existence but their reason for being alive. They are terrified that a lesbian Elsa will be so cool and so fabulous — she’ll turn their daughters gay.

I also agree and like to say that those people cannot understand the concept that love is love and acceptance is everything.

Now, whether Elsa’s much desired girlfriend is present is yet to be determined, but because Disney is being “conscientious” with the story, supporters of #GiveElsaAGirlfriend and I sure are hopeful.

Previous People poll: What did you just realize?
Next #MeToo gets a biblical explanation