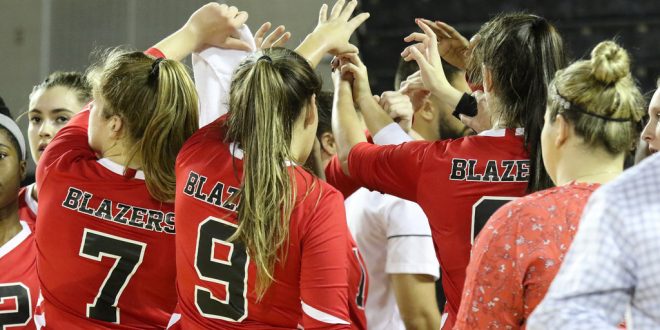 Kaleigh Zoucha has been named as the head coach for VSU Volleyball.

VSU Volleyball will go into the 2018 season with a new face, as Kaleigh Zoucha has been named the new head coach for the Lady Blazers. Zoucha will take over for recently retired head coach, Mike Swan.

A native of Lincoln, Nebraska, Zoucha brings a winning spirit and philosophy to the program. She played libero and held an assistant coaching position at The University Nebraska at Kearney. As a student-athlete, Zoucha competed in the NCAA tournament each of her four years and helped the Lopers win four regular season conference titles. 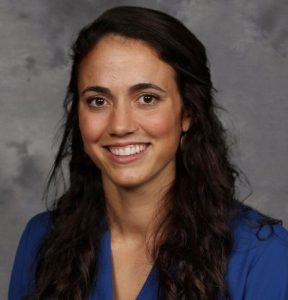 She is one of only 29 UNK players to have reached 1,000 career digs which currently ranks her No. 26 on the list with 1,042. Also, her team amassed 131 wins to just 13 loses during her playing days and finished No. 12, No. 5, No. 9 and No. 3 respectively in the final American Volleyball Coaches Association’s national rankings.

Her numbers proved that she was certainly a defensive ace, but she was homegrown to one day be a coach someday. Zoucha is a graduate of Abraham Lincoln Southwest High School where her father, Mike Anderson, groomed her into an exceptional volleyball player and future head coach. Anderson served as a head baseball coach at Nebraska-Lincoln and most recently was an assistant at the University of Oklahoma.

Her younger brother, Taylor, currently serves as an assistant baseball coach at UNK.

In the spring of 2013, Zoucha moved to the coaching ranks as she served as the Lopers top assistant coach. After being a graduate assistant for three seasons, she was promoted to the full-time assistant position in the winter of 2015.

Since being the right hand to Head Coach Rick Squiers, the Lopers have gone a combined 152-24 over the past five seasons. Also, the Lopers reached the NCAA Tournaments five times, finishing No. 8, No. 5, No. 15, No. 5, and No. 9 in the AVCA national polls.

Zoucha is married to Kalvin Zoucha, a former football player at UNK. They have a daughter, Annie, who will be one year old in April.