Home / Opinions / Opinion: The U.S. must consider options in Syria 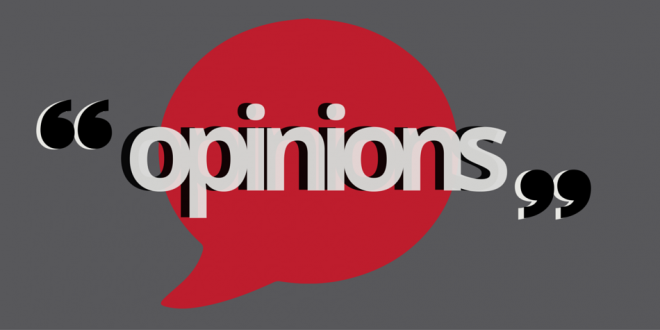 Opinion: The U.S. must consider options in Syria

Last week on a Friday evening, President Trump decided to initiate missile strikes on various different locations in Syria. These air strikes, having been deliberated on for quite a number of days before they were fired, were met with a great deal of criticism from the left and the right, and surprisingly, were also greeted with praise from different factions from liberals and conservatives also. After the strikes were completed, Trump tweeted-as he does so very often- “mission accomplished!” However, was this the right call?

The decision by the U.S. to launch air strikes were in response to chemical attacks that were committed against citizens of Syria, allegedly carried out by their current president, Bashar-Al-Assad. Ironically, this almost identical situation occurred last year too, around the same exact time, April 7, 2017 in which President Trump was urged to attack Syria because of these supposed gas attacks.

These supposed gas attacks on Syrians are in the midst of a civil war that is occurring between Assad’s loyalists and rebellion forces. However, this alleged gas attack raises quite a few questions.

First off, if Assad truly did gas his people back in 2017, which after tomahawk air strikes were commenced by the US, 9 Syrians were killed including 4 children, then why would he do it again near the same exact time as last year?

Furthermore, in this Syrian civil war, Assad as of lately has been winning. In addition, Trump announced two weeks ago that the U.S. would be pulling troops out of Syria soon, citing that it is time for “the other people to take care of it now” alluding to one of his campaign promises which was to “keep America first” by not engaging in wars that did not ultimately affect us and which were not in our best interest.

So how convenient is it that days after Trump announced plans to withdraw from Syria, Assad allegedly decides to use chemical weapons once again? As of Feb. 2, 2018, General Mattis finally admitted that there was no evidence that Assad had used sarin gas on Syrians in the previous year, and a week ago on April 12, Mattis once again admitted that the U.S. was still searching for evidence that chemical weapons were used for this year’s attack, additionally citing that the majority of the claims were coming from social media posts.

Even more intriguing, as pointed out by Russia, another world power that has been present in the region and has worked to help drive out ISIS, is the fact that international inspectors were set to investigate the claims of usage of chemical weapons that Saturday. However, Trump decided to order the strike just a day before.

Given that our government has lied to us many times before about war, such as the lie that a North Vietnamese torpedo attacked U.S. warships in the Gulf of Tonkin, kick-starting the Vietnam War, or when President Bush lied about Saddam Hussein having weapons of mass destruction, which led to the U.S. invading Iraq in 2003, then why should we be supportive of wars with no hesitation, especially when they do not directly involve us? Why are we wasting billions of dollars on war, trying to fix other nations when we could be using that money more resourcefully to fix problems in our own nation?

So why does this all matter, and why should you care about this issue? Well, for starters, the U.S. once again striking Syria has consequences with our relationship with Russia, as the Ambassador of Russia noted that any military strikes in Syria by the U.S. would be met with equal force, despite the fact that the U.S. had warned Russia of the strikes days prior and did not hit Russian forces in Syria while the strikes were being carried out. Still, with these military operations occurring, we face even greater nuclear tension with Russia.

Even though Trump considered this strike a one-time deal and said that the strike was not intended for regime change such as removing Assad from power, in contrast to former president Obama’s middle eastern policy, the threat of war and putting large numbers of U.S. troops on the ground in Syria is still imminent. If we struck Syria last year one time, and we did it this year, then who’s to say we won’t do it again in the future, or push for even heavier military action?

Trump is somewhat sticking to his promise of not fully participating in wars in the middle east, but there is still cause for concern. Casually striking Syria every year is flirting with danger. If we are to truly put America first, we need to act in our best interest and learn from our past such as time spent in Iraq, which led to hundreds of thousands of deaths of American soldiers and civilians of middle eastern countries, and which essentially accomplished nothing.