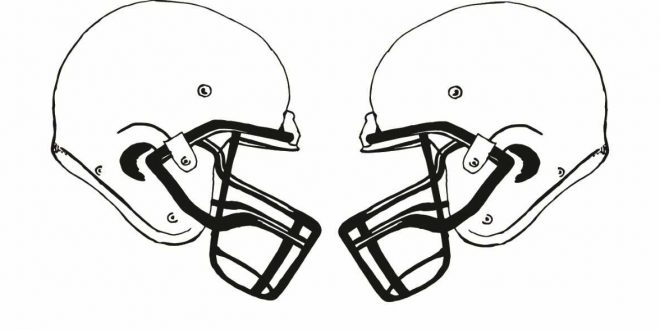 The VSU Blazers football team will take on the Rams of Albany State Saturday at 7 p.m.

Preview: Blazers will lean on young stars for rival game

It’s that time of the year everybody, so get ready for some football! Saturday night opens the Blazers’ season and they’ll be looking to set it off after an unexpected 5-4 season campaign in 2017.

The Albany State Golden Rams will be coming to Bazemore-Hyder Stadium looking for another win against the Blazers. In their last meeting ASU upset VSU with a lopsided 29-12 win in a penalty ridden game complemented with turnovers.

“We weren’t satisfied last year, but I think we made a lot of drastic improvements. The first five games I think we were at 20 points per game,” Head Coach Kerwin Bell said. “We really struggled out the gate… I think it tied a lot into our quarterback position that was unsettled, had four freshmen receivers, true freshmen starting at the wide receiver positions.”

That talented core of young guys is what will be headlining success for VSU this year, and for the years to come. Wells and his explosive receivers Kenny Benjamin, Brain Saunds, Travon Roberts, and Lio’undre Gallimore are all hungry sophomores ready to take over.

Every defense will need to take caution when lining up against this dynamic crew.

Rogan Wells will be starting under center this time around, and the quarterback situation should be solid all year long. This game last year is where he broke onto the scene for the Blazers, after subbing in for Adam Robles he threw for 141 yards and rushed for another 62 yards.

Wells tried to mount a comeback and connected with Saunds on two touchdowns in the fourth quarter. It wasn’t enough for the win; however it was enough for Wells to earn the starting job for the rest of the season.

“We think Rogan has made a lot of strides, our young receivers are really starting to play like veterans now, they got a year under their belt. So, we’re hoping to see all that evolve going into this season…I feel so much more comfortable right now going into this season because we got some guys that we know what they can do,” Bell said.

ASU isn’t as pass happy as the Blazers, they liked to win games in the trenches and imposed their will with the running game.

There’s no doubt VSU will need to make it a priority to shut down the run as Albany’s leading tailback, McKinley Habersham, will be back for his senior year.

Habersham directed Albany State in their victory against VSU with a 110-yard rushing performance. The quarterback also helped with the run game and scampered around for 62 yards.

As a team the Rams pounded the ground for over 200 yards rushing, and finished the game completing just 9 passes for 88 yards.

This matchup will be the test for Kerwin Bell’s new and improved line. Bell brought in a collection of talented offensive and defensive linemen this recruiting class.

Some of the additions will be immediate impacts this Saturday like right guard Adonis Sealey, left tackle Ralph Singleton, and defensive end Rori Blair.

Saturday’s game is anticipated to be an action packed one for sure. Getting the win will be pivotal for both teams because they’re both hoping to improve from their 2017 records.

You won’t want to miss the battle this weekend in Bazemore-Hyder at 7 p.m.

Some senior athletes have been given one more change to make their mark. The NCAA ...