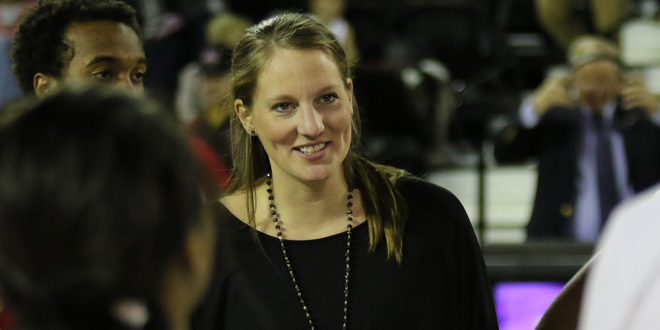 The Blazers will play at The Complex Nov. 9-10, with games against Fort Valley State and Albany State.

Lady Blazers open season at No. 2

After a long grind and hard-fought run to the NCAA Division II Sweet Sixteen in 2017-18, the Valdosta State women’s basketball team was picked second in the Gulf South Conference in the GSC Preseason Women’s Basketball Poll, released by the league office on Thursday.

Head coaches throughout the conference voted on the poll, serving as the point totals. A first-place vote served as 13 points, a second place vote was worth 12 and so forth. However, coaches were not able to vote for their own teams in the poll.

VSU will have to overcome the loss of two All-GSC selections in Madi Mitchell and Kenya Samone’ Dixon. Mitchell led the team in scoring with 19 points per game, while Samone’ Dixon grabbed a team-leading 9.4 rebounds per game.

Last season, the Lady Blazers posted a 23-9 record on the season and 15-5 in GSC play, ranking No. 4 in the conference. Also, the Lady Blazers performed at top-tier level—like any good team should. Of their 15 home games, they managed to only lose one at the Complex.

Similarly to the VSU men’s squad, three-point shooting is the mantra, as they made 219 last season. They were one of three teams last season to make 200 or more three-pointers. Union led with 356 and Lee followed with 258.

The Lady Blazers were also one of the best in the GSC in keeping leads. If the team gets ahead in the point total, it’s usually safe to say that they will bring home a victory. Their point margin ranked No. 1 with 8.8.

This season, the Lady Blazers will be led by a young sophomore guard in Kayla Bonilla. On about 23 minutes a game, Bonilla averaged 6.8 points per contest. Although the numbers are not GSC top-tier worthy, it’s her hustle and motor that gets the job done.

Bonilla was second on the team in steals with 30, one behind former-VSU guard Taylor Buie. Also, with a boost in minutes, Bonilla should be the team leader in assists. Last season, she ranked No. 4 on the team with 2.3.

Head Coach Carley Kuhns will be entering her third season at the helm. After winning the GSC championship and being named GSC Coach of the year in her first season, she has solidified herself as one of the league’s best head coaches.

With 20-plus wins in Kuhns’ first two seasons, the Lady Blazers are expected to have another winning season following this poll.

The Lady Blazers begin practice Oct. 15 and open the 2018-19 season in the GSC/SIAC Crossover at The Complex Nov. 9-10, with games against Fort Valley State and Albany State.