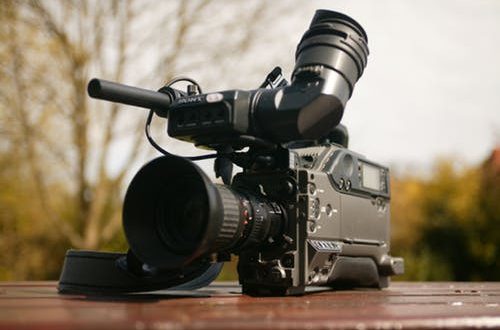 To wrap up February, the Georgia Production Partnership rolled into town and held the annual South Georgia Regional Meeting at VSU. The meeting was heavily centered on the ever-growing film industry in Georgia, as well as the benefits, challenges and opportunities it brings to the state.

The conference kicked off with GPP’s Chair of Community and Industry Relations Malenka Warner giving background on GPP and naming projects that will be filmed in Georgia this year, including “Lovecraft Country,” season three of “Ozark,” “Anabelle 3” and “The Conjuring 3.”

Founder of the Camera Ready Georgia Program Craig Dominey was on hand for the event, as well as Georgia Film Academy Executive Director Jeffrey Stepakoff.

Hollywood producer Stratton Leopold, who was also scheduled to speak at the meeting, was unable to make it due to having the flu. However, the show went on. Norm Bielowicz, location manager of several projects such as “Zombieland,” spoke in place of Leopold.

Dominey was the first member of the panel to speak, giving a brief introduction on the Camera Ready Georgia Program and how it has helped improve the production experience that crews have while filming projects. He then touted the benefits of shooting and producing in Georgia.

“Georgia has a good reputation for tax incentives,” he said.

He alluded that filming in the state allows the various productions to remain within budget.

Dominey then went on to discuss some of the challenges that come with filming in Georgia, such as making it seem as though the movie is shot in the setting in which the story takes place. Simultaneously, Dominey concluded that locations in Georgia are great for recreating settings, which is one of many reasons why projects are attracted to film here.

Bielowicz expanded upon Dominey’s statement concerning Georgia being a cost-friendly state. He then went on to say that this is why “Zombieland” director Ruben Fleischer made the decision to film at Wild Adventures in Valdosta instead of Six Flags in Atlanta. Six Flags would’ve been too expensive.

Bielowicz later discussed tips that would help Georgia communities attract projects, such as working with what they have, not spending a colossal amount of money to construct infrastructure. Another tip was to build good relationships by looking at producers not as “Hollywood” but as regular people.

Stepakoff held the floor for the longest, beginning with the specific incentives that Georgia has to offer in addition to the cost incentive. These include what Stepakoff dubbed as “iconic” locations, such as Savannah, and infrastructure, pointing to the fact that Georgia has over 100 sound stages.

He added that services provided for production make work much more efficient, as that particular aspect is the central mission of the Camera Ready Georgia Program.

The economic impact that the film industry has on chosen communities was another element of Georgia filming he mentioned. Many jobs are created as a result, and small businesses utilized in production also benefit tremendously.

Stepakoff and Dominey then reflected on the opportunities that students have at their disposal with the Georgia Film Academy. According to them, the academy gives students professional training and a foot in the door for the film industry.

The meeting concluded with a brief Q&A from members of the audience.