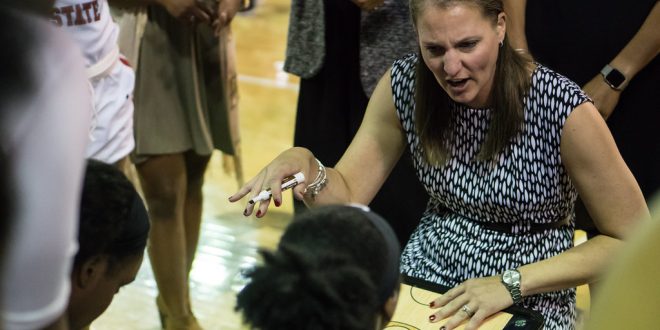 The VSU Lady Blazers will go into next season without Head Coach Carley Kuhns.

According to a news release by the Valdosta Daily Times, Kuhns will leave her alma mater to coach the Samford Lady Bulldogs.

Kuhns led the Lady Blazers to a 66-29 record (69.5 percent win percentage) in three seasons at VSU. She ranks second in all-time winning percentage at VSU, behind Lyndal Worth’s 69.6.

Kuhns led VSU to a 22-10 record in her first season, winning the program’s first Gulf South Conference championship since 1984.

The Lady Blazers made their first Sweet Sixteen appearance during the 2017-2018 season. This past season, The No. 5-seeded Lady Blazers advanced to the Gulf South Conference Championship game.

Kuhns replaced her former coach Kiley Hill, before inheriting the Lady Blazers. Samford finished last season with a 10-20 record, in hopes that Kuhns will turn it around.

Mike Robinson, Editor-in-Chief of The Ball Out, was the first to report Kuhns leaving VSU.