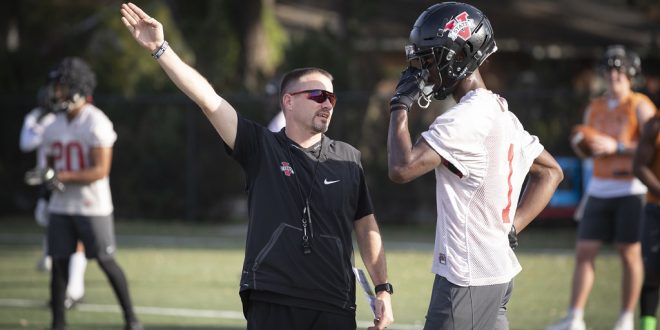 There is no timetable for when the VSU football will host a pro day. The NFL Draft is scheduled for April 23-25 in Las Vegas, Nevada.

Valdosta State football announced via Twitter that a pro day scheduled for tomorrow, March 13, will be canceled.

The decision was made after some NFL teams pulled scouts from traveling due to the new coronavirus.

According to the Associated Press, the Washington Redskins, Minnesota Vikings, Tampa Bay Buccaneers and New York Jets have ordered all scouts and assistant coaches to return home.

The Pittsburgh Steelers and Cleveland Browns, “have cut back on scouting,” the article wrote.

The pro day was aligned the same day as nearby Georgia Southern and Portland State. The University of Michigan announced Thursday, March 12, that their pro day set for Saturday will be cancelled as well.

The NFL draft is scheduled for April 23-25 in Las Vegas, Nevada.

The game is free and open to the public.

There is no timetable on if the spring game will be postponed. VSU Athletics has been contacted for comment on plans going forward.

Previous Here for a good time, not a long time: Where’s the best place to go for spring break?
Next Editorial: VSU needs a plan for the coronavirus