Home / News / VSU will not have early voting 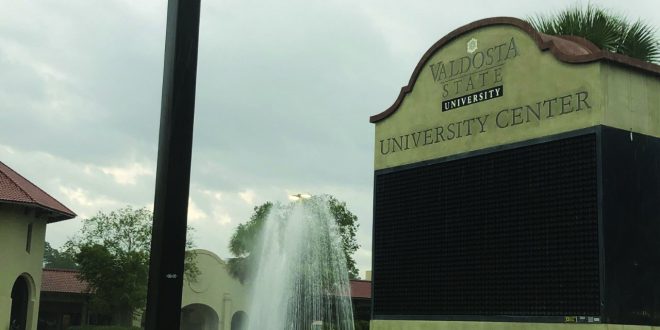 VSU will not have early voting

As of now, VSU will not host early voting regardless of the state of global health.

Other USG schools such as UGA have announced they have been approved for early voting to help accommodate students, faculty, and staff with following CDC guidelines and avoiding bigger crowds when voting in-person.

According to UGA their hope is to “dissuade their institutions from the efforts to limit voting access this year.”

“Students here at Valdosta State will not have the option of voting early here on campus,” said Jalen Smith, sophomore secondary education major and student assistant for Student Diversity and Inclusion.

Smith said the board of elections are the ones in charge of the precincts on campus, and they do not open the campus’ precincts early.

“If that changes for VSU, we will let our Valdosta State students and the community know,” he said. “Although VSU will not be offering it, students are still allowed to vote early at the Lowndes County Board of Elections as long as they are registered here in Lowndes County.”

If a student resident is registered somewhere other than Lowndes County, but still wants to vote early, that student can change their registration address to their VSU address to ensure that option.

According to Ballotpedia, early voting allows citizens to vote at a polling place prior to Nov 3. In some states, you have to have an excuse to vote early. In Georgia, however, early voting is no-excuse.

No-excuse early voting is when a voter does not require an excuse from voting on election day, according to Ballotpedia.

If a voter is unable to vote early or use mail-in voting to avoid large crowds, the Center of Disease Control recommends voting at off-peak times.

The CDC recommends voters can monitor the line from their car if possible..

While early voting is available in-person, safety measures will be taken place in order to maintain social distancing, according to Georgia.gov.

The CDC recommends that voters should consider voting alternatives due to the COVID-19 pandemic. Voting alternatives minimize the amount of people a voter comes in contact with, which makes social distancing easier to do.

According to CDC, “Elections with only in-person voting on a single day are higher risk for COVID-19 spread because there will be larger crowds and longer wait times.”

Listed on their site are lower-risk election polling settings including longer voting periods, something inherent in early voting.

The voting site at VSU will be located at the UC through the second entrance in the Executive Dining Room. The Lowndes County of Board Elections is located at 2808 N. Oak St. Valdosta, GA.