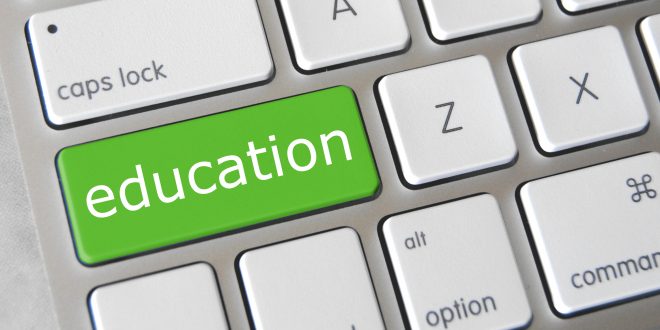 Column: why colleges should become a non-profit business

It’s easy to say that school shouldn’t be a business because students shouldn’t pay to get an education, however, there is a lot more that goes into school than what people think like how to pay educators and for resources.

A business is an organization or enterprising entity engaged in commercial, industrial, or professional activities, according to Investopedia. A business can also be either a non-profit or for profit.

I think that education should be treated as a non-profit organization because it’ll help students that can’t afford it to be able to go to college.

I also believe that this will be able to better pay for education resources like technology, books and other resources.

I also believe that teachers need higher pay in the U.S., which I think making colleges a non-profit business will help give them get that. Teaching isn’t an easy job, and I think that giving a higher pay will compensate for that.

When it comes to any professional activity, you’ll be part of a business, which is why I think education should be a business. However, I think schools should change the way of how they do it.

Students at VSU, like many other colleges in the U.S., have to pay thousands of dollars to attend. This should change because students shouldn’t have to pay that much money. It could prevent some students to go to college and can be even more stressful for them.

I personally believe that we should follow the European model. According to pri.org, Norway and other Scandinavian countries have a high tax for education and healthcare, which helps college students not be in debt. In Germany, they offer free tuition and have students pay for amenities like laundry, food and housing.

I much rather pay for amenities and not have to worry about paying for tuition than paying tuition plus the amenities. If colleges in the U.S. worked like this, I believe that it’ll ease students’ stress when they need to pay for things like laundry.

In Europe, they use a non-profit business structure called the European Foundation for Education. According to efe.eu, their goal is to provide better professional chances for young people through educational models that combine theoretical knowledge with a work-based component. Through this model, Finland has one of the best education systems in the world, according to worldtop20.org.

In Finland, they took away standardized testing and made colleges have free tuition. I think this is a model that colleges in the U.S. should take on to better our education.

I believe that colleges should be a non-profit business to help students ease their stress with money by taking away tuition. I think this will give college students have better grades because they can focus on their education.

I think following the European model will be beneficial to not only VSU but other colleges across the U.S.