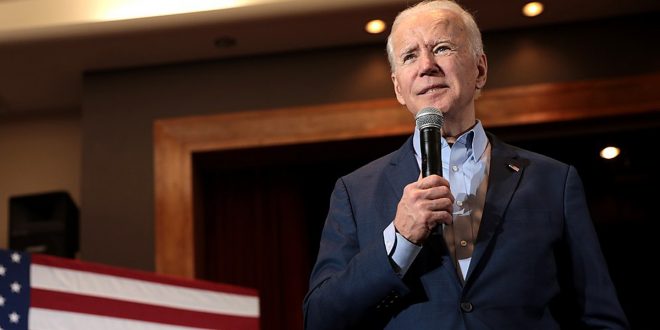 After a long 2020 election cycle and months of controversy and uncertainty leading up to the inauguration, the United States is officially under new leadership, President Joe Biden.

At noon on Jan. 20, longtime senator and former vice president Joe Biden became the President of the United States.

Additionally, Biden’s former running mate Kamala Harris was officially sworn in as vice president, becoming the first woman and woman of color to hold the position in U.S. history.

Although there was much speculation regarding the logistics of the inauguration’s setting due to COVID-19, the spirit of tradition prevailed. The inauguration was held at the U.S. Capitol, with all attendees wearing masks and social distancing.

In addition to Biden’s first address as president, the inauguration featured musical performances by Lady Gaga, Jennifer Lopez and Garth Brooks. There was also a benediction by Rev. Silvester Beaman and a poetry recitation by Amanda Gorman.

Also, on Wednesday night at the Biden Inauguration Concert, Biden addressed the nation at his last speech of the night and said he has high hopes for America during this new era.

“We have learned today Democracy is precious and because of you democracy has prevailed,” he said. “The question is are we up to it? Will we meet the moment like our forbears have? I believe we must and I believe we will will. You the American people are the reason why. I have never been more optimistic about America than I am this very day. There isn’t anything we couldn’t do if we do it together.”

In contrast to previous inaugurations, Biden and Harris’ inauguration was tense and included significantly ramped up security.

This was demonstrated by unscalable 12-foot fencing with razor wire at the top, which was constructed around the Capitol, as well as approximately 25,000 National Guard troops that were activated to secure the capitol and the surrounding D.C. area.

These measures were taken because of the protests that took place in Washington D.C. on Jan. 6. On that day, supporters of former President Donald Trump, who were disgruntled about the results of the election, gathered in D.C. for another “stop the steal” rally.

After the rally, these individuals stormed and occupied the Capitol for a few hours to hold off the electoral count.

This siege was partly in response to former Vice President Mike Pence announcing that he would decline to use his alleged power to decertify a portion of Biden’s electoral votes. The storming took place while the Congress was in session counting the electoral votes, forcing a capitol lockdown and forcing Pence and many others to evacuate with the help of secret service agents.

The storming of the Capitol resulted in harsh condemnation from both Republicans and Democrats, as it was disavowed as a riot, an attack on democracy, and what some even suggested to be an insurrection incited by Trump.

On VSU’s campus Wednesday night, some students were happy to see a change atop the federal government. Mileena Page, a sophomore medical science major, was looking forward the change.

“I’m glad Trump is out of office,” Page said. “I believe that Biden will be able to unite the country more than Trump divided it. I thought Joe’s speech was good, it entailed a lot about what he wants to do in his four years.”

The inauguration of the Biden-Harris duo ends the tenure of Trump, making him a one-term president. Trump will face an impeachment trial in the Senate following his recent impeachment in the House of Representatives.

For now, the focus shifts to President Joe Biden and Vice President Kamala Harris, who assume the reigns and begin their journey as America’s new leaders.

Previous Dr. Vince Miller’s Passion Reflects Career Choice at VSU
Next People Poll: How did you feel about the Inauguration?