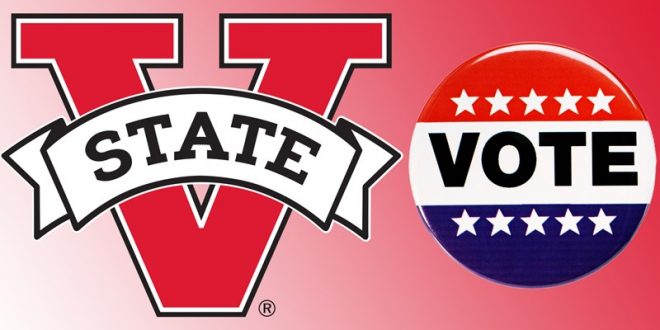 The polls are open for the 2022 Midterm Election, and many Georgians are running to vote for who will take control of congress for the last two years of President Joe Biden’s term and the next Georgia governor.

The candidates that are running for the U.S senate position during this midterm election are Republican Herschel Walker and Democrat Raphael Warnock.

For governor, Georgians can vote for Democratic Stacey Abrams or Republican Brian Kemp.

The Democratic party is currently leading the polls in submitting their mail-in and early voting ballots with a 49% turnout rate, according to NBC News, while the Republican party staggers behind with 41%.

Many students at VSU are excited to see Stacey Abrams win as the governor since Brian Kemp has left a wave of disappointment on many of the Georgia residents.

Kemp passed a bill earlier in the year that allowed gun owners to carry a concealed weapon in public without a license. This decision made many Georgians uncomfortable.

“I feel like Brian has shown us that he’s not for people that look like me,.” Miracle Brown, a junior interdisciplinary studies major, said.

Some students have said that they would like to see Stacey Abrams in the office because she is a great representation for the Black community.

The campaigning against Herschel Walker has been having tremendous influence on voter’s decisions. Many voters are preferring to see Warnock hold the senate position.

“To me [Warnock] seems like he will be a good candidate because what I’ve seen and heard about Herschel Walker is not good,” Brooks said as she nodded her head in disapproval.

The final election results will be announced tonight once the polls are officially closed.