Tyrell Ruffin, junior theater major, was named Mr. VSU 2013 on Friday. While there were only three other contestants, there was an array of performances.

“It’s more than just a title and having a crown,” Ruffin said. “It’s a man that is dedicated and passionate about everything that he does on campus and off campus.”

The contestants began with a synchronized dance and a comical dialogue. Following the opening, each participant graced the stage to introduce himself to the audience.

The first round of the competition was the swimsuit portion. The men walked across the stage sporting swim and beach attire.

The next round served as the talent portion of the competition. Two of the participants sang and the other two performed spoken word.

Finally, participants were asked to express why they deserve the crown.

“Mr. VSU is someone who can represent what a man of VSU is,” Jeremiah Wiggins, former Mr. VSU, said. “The entity is another way to promote blazer pride. I hope that the paths of Miss VSU and Mr. VSU can somehow intersect, possibly doing volunteer projects respectively.” 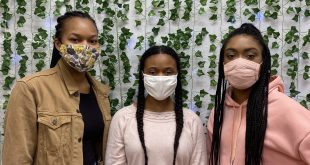 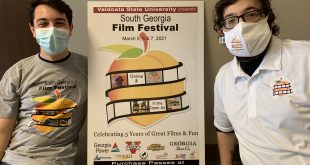