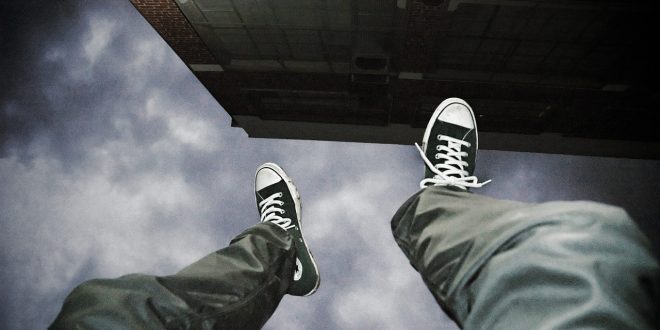 Waves That Don’t Stop At the Shore

That is the Ripple Effect.

The Golden Gate Bridge has been a popular spot for suicide since its erection in 1937, with a total count upward of 2,000. Infamous due to its lack of safeguards against anyone who is willing to take that final dive, the bridge has been stained red by its history.

It was in September of 2000 that a young Kevin Hines, then 19, was attracted to the spot in a fit of hallucination and paranoia. Feeling like he had no reason to continue, Hines jumped headfirst off the bridge and instantly regretted his decision. His regret didn’t stop him from falling, nor did his prayers.

Yet, he did survive. This is something only 35 other people could claim to have done in history. Inspired by his survival and given the gift of watching how the ripples he had caused affected those close to him, Hines decided to speak out for those who no longer could. He became a world-renowned speaker on suicide awareness.

Hines did not stop at speaking, however. “Suicide: The Ripple Effect” is a documentary that he went on to direct and produce with the help of those whose lives had been touched by his story and the threat that is suicide.

“Suicide” is an inspiring and lengthy film that discusses the lives of Hines and his family, his friends and those his story has touched. The film shows his meeting with other players in the field of preventing and treating suicide, and speaking to some workers who spend their days talking down those in danger.

The film shows perfectly just how endless a ripple from suicide can be, showing people who have had their lives touched by the death of a brother, a friend or a parent.

“Suicide: The Ripple Effect” shows how Hines, alongside the suicide awareness group Bridge Rail Board, tackles the issue of the Golden Gate Bridge: It’s a monument to the people of San Francisco, but a dangerous reminder to those on the edge that escape is always there just over a four-foot guardrail. It is due to the efforts showcased in this film that new suicide nets and other safeguards are finally being put into place.

The film encapsulates and raises awareness of what is really going on in this often-forgotten part of society, showing that people do care, and that there are those who are fighting for the people who have forgotten why they should live.

“I know that each and every one of you will take something away from hearing Kevin’s story,” noted thanatologist Dr. Erica Goldblatt Hyatt said on the film’s website. “He has so many important messages

to share about coping and seeking support networks to bolster us through crisis, in order to find the purpose, the meaning in surviving and thriving. In the words of Nietzsche: ‘He who has a WHY to live can bear almost any HOW’. I hope that hearing Kevin’s story helps you find your WHY.”

A recent viewing was held in the Student Union Theater in honor of National Suicide Prevention Month. The VSU Counseling Center, a sponsor of the event, hopes to spread awareness of suicide and tries to inspire those suffering from it to seek help.

Previous People Poll: Should Cellphones be used for Education?
Next International Culture Fair