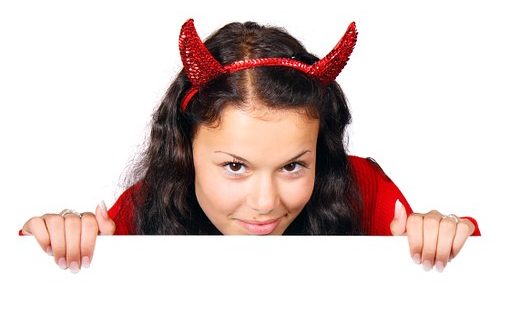 The Problem with Women’s Halloween Costumes

For horror fanatics such as myself, Halloween is the best time of the year. It is a time of tricks, treats, and costumes. However, for women, costumes seem to have one constant – being “sexy”. Let it be known that this is by no means an article on “slut-shaming”, but simply on why people expect females to be dressed a certain way for this holiday.

Without divulging into the history of Halloween, there are certain aspects that the Western world considers tradition. These include activities such as dressing up in costumes, throwing parties, carving pumpkins, eating an enormous amount of sugar, and trick-or-treating. Costumes range dramatically from professions such as firefighters or policemen to fantasies such as snow bunnies or witches. However, over the past few years, an odd tradition has appeared in female costumes..

It appears to be that women are supposed to dress as provocatively as possible on Halloween. Let me make it clear that I have no problem with a woman dressing how she wants. However, I feel it should be a choice. When I walk into the costume store, I shouldn’t have to choose between something so low that it shows cleavage, something that bares my midriff, or something so short I wouldn’t dare to bend over or sit down. I believe this is a societal problem.

The issue isn’t that women choose to dress provocatively; it is that it seems to be the only option. Are there exceptions to this? Of course. However, exceptions in this instance seem to be rare.

It is a known fact that costumes must be made differently for women than for men. However, most female costumes seem to include low cut shirts, tight fitting clothing, and high heels. I understand wanting to add a feminine touch, but why should everything be revealing in some way?

Perhaps the most concerning issue here is how early sexualization arises. Costumes geared for girls 13-17 are shown with short skirts, low cut shirts, and stockings. These costumes are geared towards girls who can’t vote or even legally watch R-rated movies.

I can hear the argument now of “Men are objectified too!”. Yes, that is true. There are tight fitting and short costumes for men as well. However, after walking through the local Spirit Halloween store, I can count on my fingers how many “sexualized” male costumes there were. Most of them were supposed to be considered funny, unlike women.

Unfortunately, this problem will most likely continue as long as we continue to dish out money on them.

VSU students have a lot to say about this matter as well.

Gabby Powell, a junior interior design major, said, “I definitely think it’s an issue. I could go online and search for women’s halloween costumes and the first thing that pops up are ridiculous, flashy and revealing outfits. Now it’s the same even for the younger girls, and I think it puts a lot of pressure on them. It’s part of the reason why these little girls seem to be growing up way too fast.”

Previous Save the (Boo)bies
Next Scariest Halloween movies ranked