Home / Campus Life / BHM; just one of many ethnic months 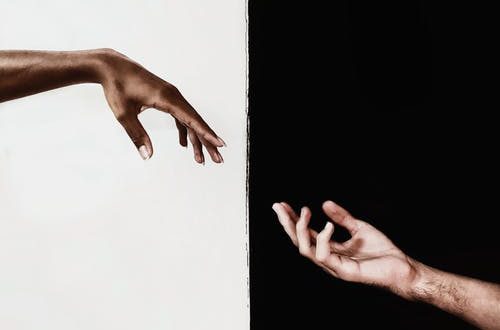 Black History Month is a nearly 100-year-old tradition that, over the years, has become widely recognized across VSU campus and the entire country. It seems to garner more attention than other ethnically dedicated months, such as Indian Heritage Month, Asian Heritage Month, and many others.

The African American Studies Program has been partnering with student organizations on campus to celebrate Black History Month throughout the whole month of February by hosting programs, cookouts, and community service events.
Black History Month, which used to be called Negro History Week, was created in 1929 by Carter G. Woodson, a noted 20th century historian. The purpose of the cultural month is to celebrate the achievements and history of the African American Community.
Caterina Orr, interim coordinator and professor of the African American Studies Program, said that the significance of African American history is one reason why the month may be celebrated more than others.
“If you talk about other ethnicities, they have a home that they can visit. They have roots, they know where they are from. African Americans had no choice but to plant roots here and begin yet another history here simply because we don’t know where we’re from, other than ancestry.com,” she said. “We had to make this our home, we had to make history in so many different ways to assure that these inalienable rights that were given to Americans would be given to us.”
Dr. Orr also said that each demographic should be at the forefront of bringing awareness to their own designated month.
“We also have African Americans on a broader level playing roles. They have an increasing power when it comes to media,” she said.
The number of minorities on campus also has an effect on the other ethnically-related months. According to the VSU Office of Institutional Research, as of Spring 2020, VSU’s student body is 35.1% African American.
Christian Palaypayon, a senior political science major, celebrates Asian Heritage Month and said it’s not really celebrated a lot in Georgia because of the lower population of Asians.
“Being Filipino and from a small town in Georgia, I feel like the demographics are predominately white and black. Same for here at Valdosta State,” he said. “I don’t believe other months get as recognized or celebrated as much, because of the small community other minorities have.”
Black History Month is a respected month and African Americans deserve a month to celebrate their accomplishments, but Dr. Orr said that she looks forward to the day where there is unity and harmony amongst all ethnicities.
“Of course it’s my hope that one day we won’t have to have a month where different ethnicities celebrate their history, because it would be integrated into the curriculum at each level K-12 and college level, but for now even though it is supposed to be each ethnicity that pushes their own month, we all should get behind each month and be just as celebatory as anyone else,” she said.