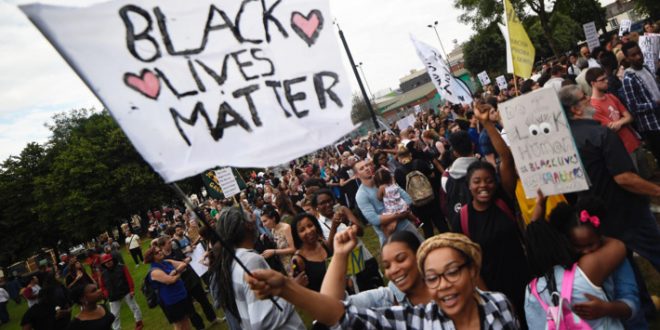 The Black Lives Matter group is a large movement to protest and help stand up against police brutality and racially motivated violence against the black community. The organization was founded by Alicia Garza, Patrisse Cullors and Opal Tometi.

The Nobel Peace Prize was nominated to the Black Lives Matter group by the Norwegian MP Petter Eide.

According to The Guardian, “Nominations for the Nobel peace prize are accepted from any politician serving at a national level, and they are allowed just 2,000 words to state their case. In his nomination papers, the Norwegian MP Petter Eide said the movement had forced countries outside the US to grapple with racism within their own societies.”

“Eide is a member of Norway’s Socialist Left Party and the former Secretary General of the Norwegian branch of Amnesty International. He has previously nominated human rights activists from Russia and China for the prize,” according to USA Today.

The Black Lives Matter movement is not just something that is happening in the US.

“The summer of 2020 saw Black Lives Matter demonstrations in Hong Kong, Dakar, Berlin and other cities around the world. In some places, like Bristol, England, protesters toppled racist statues as well,” according to KQED.

The Nobel Peace Prize is awarded to the person they think “shall have done the most or the best work for fraternity between nations, the abolition or reduction of standing armies and for the holding and promotion of peace congresses,” according to Alfred Nobel’s will, who the Nobel Peace Prize is named after.

According to NBC News, this prize would be very important to the Black Lives Matter movement because it would recognize and reward their struggle against racism and racially motivated violence.

The Norwegian Nobel Committee will make the decision of the winners by casting a majority vote in October. The award ceremony is scheduled for Dec. 10in Oslo, Norway.

Previous People Poll: What is your opinion on the current VSU withdrawal Policy?
Next Copeland Museum gleams into Black history