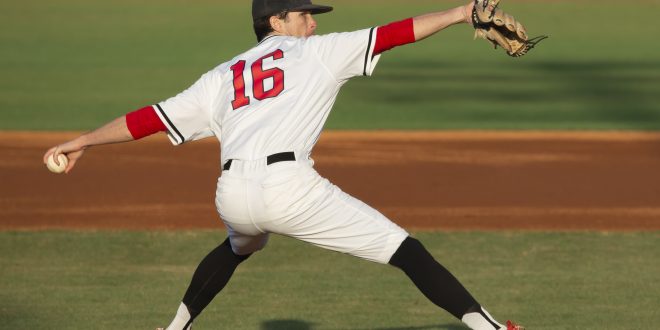 Blazers down Flagler, 9-5, in midweek showdown

Offense just comes so easy to this Blazers squad.

After winning the weekend series against Mississippi College by throwing 26 runs up on the board, Valdosta State put another nine runs up against the visiting Flagler College to take the one-game meeting 9-5.

The Blazers took the game despite a rough start from the pitching staff. Sophomore starter Scott Curran couldn’t escape the first inning, giving up three hits and three runs, with two of them earned before junior lefty Zach Henderson relieved him.

Henderson ended up putting in three total innings, and the Blazers used five more pitchers to get through the game, with junior Mason Sharp ultimately picking up the win. While the Blazers gave up five runs in the first five innings, after Sharp entered the game, Flagler didn’t score again.

The three-run deficit didn’t last for long, as the Blazers came right back with five runs in the second, started by junior Orlando Adams’ single.

The Blazers scored two more runs in both the third and sixth innings, as they tagged Flagler starter Steven Reiss and sent him for an early shower after three innings of work, allowing 10 hits and seven runs.

Fitting with the theme of the team this season, the Blazers did not leave the yard once this game, and only hit two doubles on top of that. The Blazers also hit 12 singles and drew four walks, employing more of a 1980s style of play built around small ball and station-to-station baseball.

The Blazers now sit at 20-6 on the season and are ranked No. 12 nationally. The team is playing against Christian Brothers throughout the weekend. They played one game today and will close the series with a doubleheader on Sunday.

Christian Brothers sit at 8-20 themselves, so this series could serve as a prime opportunity for VSU to take control of the Gulf South Conference lead.

Previous Pete Pihos’ legacy lives on at VSU
Next The BA.2 Omicron Variant