Home / Opinions / Wake up out of your apathetic funk

Wake up out of your apathetic funk

You’re so vain, you probably think this article is about you. Well, you’re right. However, you can put away the tin foil hat and relax because you are not the only student of VSU. As in last week’s editorial, “Your News, Your Views,” when we say “All Blazers” we mean ALL Blazers. So with that misunderstanding cleared up:
Attention all Blazers! This one is for you…again!
I know that some of you hoped that we would leave this dead horse buried, but surprisingly, problems concerning student inactivity have yet to magically correct themselves. Honestly, I can’t figure out why students have kept themselves so quiet during a semester of budget cuts, raised tuition, and parking concerns both on and off campus. It’s not because you’re oblivious to the issues on campus. Our newspaper circulation alone reveals that you’re keeping yourself informed on the current events of the university. It’s also not because you’re indifferent, considering that there hasn’t been a week when I didn’t hear a group of students complaining about construction projects or parking. So what is it Blazers? Is

it just pure apathy or are our forms of protest only limited to Facebook groups and Twitter these days?
This isn’t anything new. In fact, student inactivity has become so common to VSU that it might as well be included in the university brochure. This is the school that allowed one of their own to be expelled because of a parking deck collage. Not to mention that, every semester, students let thousands of dollars in student fees sit untouched in the SGA budget, despite that the money is there to make campus life easier and safer. And speaking of money, this university is basically bleeding cash from all the various projects it’s taking on, and we pay the bill without even looking at over it, like a guy trying to impress his date. That’s never a good idea, folks, whether you’re dealing with a school with expensive tastes or a girl.
Don’t get me wrong, Blazers. I know that you didn’t come to college with expectations of protesting and being involved in administrative affairs. However, don’t become completely detached from campus management. You are not just a student of VSU, but an investor as well. If you have a problem then you should address it, one way or the other. You have the Spectator, the SGA, and even Dr. Schloss himself within easy reaching distance on any given day. Proximity to both the newspaper and the government is a convenience, one that will not be present again when you get out into the real world.
So write a letter to the editor, go to an SGA meeting, or just contact Dr. Schloss and say, “Hey, I like/hate this.” Anything is better than silently allowing others to decide on what your campus experience should be like. This is your university, take control of it.
Or not. It’s your call. 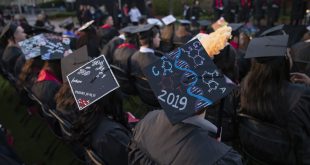 Mental health does not get enough light shined on it. Social media influencers post a ...