The concept of welfare supports equality of opportunity for everyone regardless of social status or the innate capacity of the individual to achieve equality through hard work and determination.

To do this, government officials take it upon themselves to level conditions to allow for the basic standards of living to become universal.

Welfare promotes a “positive freedom”: the idea that individuals are not truly free without the equal opportunity to achieve their goals.

The idea of welfare attempts to discredit the fundamental American belief that all people are created equal, opting for a new belief system where government must make all people equal and in the process, increase government dependence.

Instead of using the American spirit as a driving force, people are taught to regard it with disdain, stifling the determination to overcome impediments based on one’s own will.

Every individual has the potential to either absorb or be instilled with a belief system that can act as a catalyst for success if they choose to embrace it. Ironically, this is something that government claims to be able to provide by “leveling the playing field,” through making everyone “equal.” Unfortunately, this is a failed social experiment that sounds wonderful in theory but has never proven to work in practice.

Today, welfare programs are put in place to assist individuals that have been deemed “unable to succeed on their own” based on the modern definition of societal norms. In the process, this assistance to becoming successful makes things even worse. It is a well-intentioned but flawed system that unfortunately reverses the very problem it claims to prevent. It strips underprivileged youth of their own self-determination and individualism and grooms their dependence on government at an early age.

Before they even have a fair chance to begin their lives naturally, many impressionable young people are told that they are inferior to others. They are told that the only way to move forward is not through their own intelligence, but rather by having money thrown at the barriers that they encounter through entitlement programs that insulate them from becoming self-sufficient.

Even with such high levels of government intervention meant to help those in need, many people born into unfortunate circumstances remain in poverty, and some learn to exploit the system out of a natural gravitation toward the path of least resistance, creating problems that rival the ones that well-intentioned government officials sought to remedy in the first place.

Becoming dependent on any ideology or government program for success can never truly enhance an individual’s chance for increased prosperity; it can often make a bad situation even worse by further dwindling an individual’s determination to succeed. It is counterproductive behavior at its core; people are not going to do for themselves what others have always done for them, that is common sense.

Instead of striving for more and never giving up despite all obstacles, people settle for what they’re given because it’s “good enough” for them based on what they are accustomed to.

What would make anyone want to work harder when they aren’t even given a chance to prove themselves as a direct result of being taken care of their entire lives by government?

They have been told that they are victims of their circumstances, which translate into a false sense of security and prevent them from attempting to better themselves. This perpetuates a mentality of mediocrity that destroys an individual’s desire to overcome adversity, tearing apart the very fabric of what was once known as the American Dream. 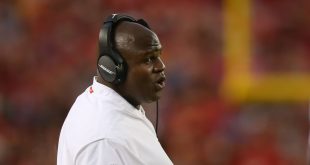