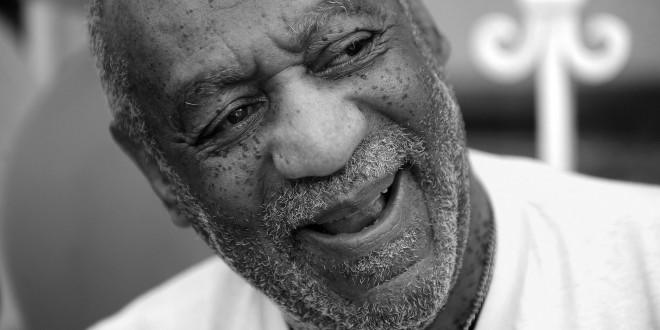 While Under Fire, Comedian Bill Cosby Makes Light of Situation

One of America’s well known father figures, Bill Cosby, has been accused of being anything but fatherly.

Bill Cosby has been the center of controversy for the past few months due to multiple women speaking out, saying Cosby sexually assaulted them in the 1970s and ‘80s.

Cosby’s lawyers and publicists have been hard at work trying to put these accusations to rest and to keep Cosby’s image up. Cosby, however, does not seem as concerned about the issue as his employees are.

On Jan. 8, while performing a comedy act at a club in London, Ontario, a woman reportedly got out of her seat to get a drink from the bar. Cosby then asked where she was going and she told him she was going to get a drink, to which Cosby replied by saying, “You have to be careful about drinking around me,” according to Richard Warnica, a reporter for the National Post.

This comment, coming from a man who has multiple women claiming that he raped them, is outlandish. Why, when your name is being splashed all over the media for rape accusations, would you make a joke about the matter? Furthermore, why would you joke about the occurrences when you have yet to be proven innocent?

Rape is a serious issue and it is nothing to joke about, especially after it has taken these women years to find their voice and to speak out against Cosby. Rape is a traumatic crime to have committed against you and it is doubtful that the women who are making these allegations think Cosby’s “joke” about drugging someone’s drink is funny.

It is also shameful that Cosby has people that have been working so hard to defend him, yet he is incriminating himself with a distasteful joke. How does Cosby expect people to believe that he is innocent of raping multiple women when he is alluding to it during a stand up act?

Whether Cosby is innocent or guilty is beside the point. We can all agree that he should have waited until he was proven innocent to make jokes about rape. Better yet, he should probably just leave “jokes” about rape out of his stand up routines forever.