The move reflects the changing approach of America’s longtime ally in the war on terror, and news of the talks set off alarm bells in Washington Wednesday.

“We are concerned about it, and what we encourage them to do is to continue to fight against the terrorists and to not disrupt any security or military operations that are ongoing in order to help prevent a safe haven for terrorists there,” said White House spokeswoman Dana Perino. “We have been concerned about these types of approaches because we don’t think that they work.”

However, details emerged Wednesday of talks under way between the Pakistani government and leaders of the dominant Mehsud tribe in South Waziristan on an agreement in which the Pakistani army would pull out of the area and the government would release some militants from custody.

A State Department official, speaking on condition of anonymity because of the sensitivity of the issue, said that U.S. military commanders with troops on the Afghan border are especially upset by the negotiations, fearing that a truce would allow Islamic militants to step up attacks on U.S.-led NATO and Afghan government troops in Afghanistan.

The military “is really ticked off,” said the State Department official, who added that U.S. entreaties to the Pakistani military to keep the heat on Islamic extremists “seems to be falling on deaf ears.”

South Waziristan is the most volatile part of Pakistan’s autonomous tribal belt, known as the Federally Administered Tribal Areas (FATA), which runs along the country’s border with Afghanistan.

U.S. officials believe that the FATA, and South Waziristan in particular, are a base for the Taliban and al-Qaida. The Bush administration was critical of a previous peace accord in South Waziristan, which was forged three years ago, seeing it as giving an opportunity for the militants to regroup. That accord, and a similar one in North Waziristan in 2006, were followed by increased attacks against NATO forces in Afghanistan.

Maj. Gen. Athar Abbas, the chief spokesman of the Pakistan army, said that the military had briefed the incoming government on the situation in South Waziristan as “the No. 1” issue.

Pakistan’s army has as many as 30,000 troops in South Waziristan, Abbas said. Major hostilities broke out between the army and militants there in late January, but an uneasy unofficial cease-fire has been observed since February.

The Pakistani government has made no announcement about the peace deal, but according to Pakistani officials, who asked not to be identified because of the sensitivity of the subject, this agreement will be with tribal leaders, not with the militants.

However, Baitullah Mehsud, the Islamist warlord based in South Waziristan who leads Pakistan’s version of the Taliban and is believed to be close to al-Qaida, indicated that his Tehreek-i-Taliban Pakistan movement is a party to the agreement. Mehsud signed the 2005 agreement but broke it almost immediately.

“There is significant positive development; we have accepted most of each other’s demands. In next few days, we hope that a positive outcome is achieved,” said Maulvi Omar, the spokesman of Tehreek-i-Taliban.

Baitullah Mehsud’s men were distributing leaflets to followers that ordered them to halt attacks on security forces and government installations, Pakistani media reported. Those failing to obey would be punished, the pamphlets warned.

Ominously for the United States and NATO, Maulvi Omar said the movement couldn’t guarantee an end to infiltration into neighboring Afghanistan until all foreign troops were pulled out.

Mehmood Shah, formerly the top bureaucrat administering FATA, said the new peace deal was flawed, as it appeared to be with the leaders of the Mehsud tribe, who were scared of Baitullah Mehsud and would be unable or unwilling to enforce its terms.

“The tribes themselves are not in any position themselves to take action against Baitullah Mehsud or (affiliated) groups,” said Shah. “It is meaningless. The tribes people have to be enabled first so they can control these groups.”

Baitullah Mehsud controls thousands of heavily armed followers and is blamed for a vicious campaign of suicide bombings in Pakistan, including the assassination of former Prime Minister Benazir Bhutto.

According to a report in Dawn, a Pakistani newspaper, a 15-point draft agreement has been reached with Mehsud elders.

Under the agreement, the tribe would ensure that Pakistani security forces wouldn’t be attacked in South Waziristan, would end all terrorist activity and would expel all foreign combatants from the territory.

In addition, Mehsud tribesmen imprisoned for alleged terrorist activity would be exchanged for Pakistani security personnel who have been taken hostage.

Afrasiab Khattak, a politician with the ruling coalition who was involved in forging the deal, said that tribal pressure would pull people into the peace process.

Earlier this week, the State Department was critical of a decision by the Pakistani government to free militant leader Sufi Muhammed from prison, in a separate peace initiative. But the news on South Waziristan got a cautiously positive response from the State Department.

“It’s the outcome that matters, You have to talk to people,” said Assistant Secretary of State Richard Boucher, seemingly at odds with the White House. “The Pakistani government is engaged in discussion designed to stop violence. It’s got to be done in a way that produces results, that reduces violence.”

Visit the McClatchy Washington Bureau on the World Wide Web at www.mcclatchydc.com. 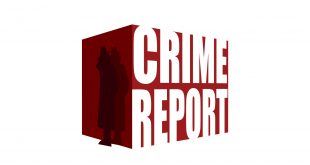 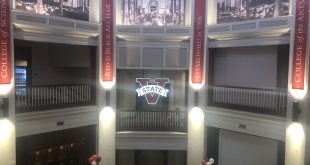