On Monday nights from 5 p.m. until 6 p.m. President Patrick J. Schloss joins Dr. John Crawford, vice president for advancement, for a live radio show on Talk 92.1 FM to discuss topics regarding VSU and the local community.
This week Thressea Boyd, assistant to the president for communications, provided news and information on what’s happening around VSU’s campus, including “The Happening,” Parents’ Weekend, which is to be held Sept. 11-12, and the upcoming VSU football game.
According to Crawford, at the previous football game, about 9,500 people attended.  As a result, the student section was filled to capacity such that some had to sit in the visitors’ section. The overflow is thought to be a result of the 7 percent enrollment increase at VSU.
The radio show also consisted of two guest speaker:, Julie Bowland, associate professor of Art and Fine Arts gallery director, and Gardner Rogers, instructor of English. They discussed the photo exhibit in the Fine Arts gallery that is free for all and runs through Sept. 11.
“It is one of the most provoking, thoughtful, exhibits I’ve seen,” Schloss said.
“I’m very proud to have this exhibition … the show is more than art; it is also history, economics and humanity,” Bowland said.
Kristina Cragg, assistant to the president for strategic research and analysis, was the caller for the night’s show and provided the trivia question: “What was the cost of a four-year tuition in 1979?”�
The answer was tuition and fees in 1979 was a total of $2,184 and is $18,000 today.
In response, Schloss informed listeners that over half of the students at VSU enter with the HOPE scholarship and about $4.6 billion is distributed in HOPE funds.
“When you allow half of your students to go to a Georgia school at no costs regarding tuition, or there are a fixed amount of fees that are paid by the HOPE scholarship, you are making a good shot at keeping those people in-state,” Schloss said.
Tuition in 1979 was $435 for the year, while it is $3,196 today.  Also, fees in 1979 were $111, whereas they are over $1,300 today. Housing was $480 for the year and is about $3,200 now.
“Students who come to Valdosta will need a place to live and the university plays a role in that … [but] any growth in the university will outpace housing and that is typical in a public university,” Crawford said.
“The vast majority of students at public institutions [at other public schools] live off-campus,” Schloss said. “In fact, our charter is to provide public education, not to house students … however, we do recognize that part of good stewardship and the attractiveness of our university is to grow housing that is safe, secure and close to campus.”
In regards to the information provided and the topics discussed on the show, listeners are invited to call 229-259-9210 or send an email to more@valdosta.edu and be part of the discussion.
Other than the radio show that is held every Monday night, Schloss will also host a 30-minute television show scheduled to air on Mediacom channel 20.
This is the third season of the show and topics include Homecoming 2009, VSU’s Partnerships with Public Education, VSU’s International Study Abroad, and Athletic Funding Opportunities.
For additional information on the television show schedule, visit http://www.valdosta.edu/ pres/more/ 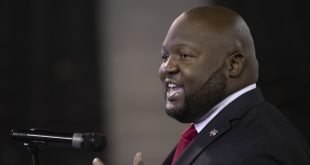 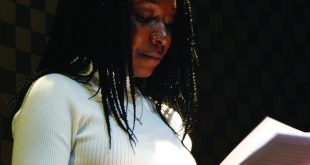