The Occupy Valdosta movement, inspired by the Occupy Wall Street movement, drew over 100 protestors to Drexel Park on Friday. Participants from parents and community members to students and children marched from the park to downtown Valdosta locations, protesting a variety of issues including school consolidation, private prisons and recent Bank of America debit card usage fees.

Valdosta took a chapter out of Wall Street’s protest and made a vocal stand on corporations when they went to the Bank of America downtown.

According to Occupy Valdosta’s mission statement, the group exercises their right to “peacefully assemble, to nonviolently occupy public space, to create an open process to address the problems they face, and to generate solutions accessible to everyone.”

In an attempt to raise revenue, Bank of America Corp. plans to charge customers at the beginning of next year with a $5 fee every month they use their debit cards outside of withdrawing from the Bank of America ATM.

Protestors demanded an answer from the bank downtown, but employees refused to comment.

Ivey Roubique, a senior geology major, believes that Bank of America is only looking out for its own best interest.

“I’m here at Bank of America because they’re making new charges to use your debit card,” she said. “As a student who works for the school, I don’t have any choice but to have direct deposit. I should be able to make a choice, but I shouldn’t have to make this choice with their greed. Their greed is going to take away all of my money.”

Erin Hurley, senior anthropology major, spoke outside of Bank of America, asking who is a bank patron, who wants to pay the fee and who will withdraw his or her account. Protesters raised their hands and verbally responded to Hurley’s first question, responded with a resounding “No” to the second and cheered in agreement to the third.

The crowd then headed to Martin Luther King Jr., Memorial Park where various protestors, such as John Quarterman, Lowndes High School alumus, spoke on the general fight against corporation greed and about their respective platforms.

Quarterman, for example, informed the group about the Industrial Authority’s plans to build a private prison in Lowndes County. The Valdosta Daily Times uncovered this topic and reported on it in August of last year.

Next stop was the Valdosta Daily Times, where the protestors voiced their views on the lack of media coverage of community events and want for publication of more “Letters to the Editor” and a larger “Rant and Rave” section.

“There needs to be more transparency in media,” Austin Sullivan, senior anthropology major, said.
“There’s been a lack of reporting about what’s been going on in this county.”

Two examples Sullivan and others brought up was the lack of coverage of Michael Brian Reagan, a 34-year-old Valdosta resident who died in April, and the Quitman 10, a group of ten African Americans arrested July 2010 in Brooks County on the accusation of “illegally helping people vote by absentee ballot in the Democratic Primary for Labor Commissioner,” according to WGXA Macon.

Dean Poling, Valdosta Daily Times assistant managing editor, came out to the crowd to assure them that the staff does the best they can when covering the news but admits to them missing some issues. Poling then asked the crowd to submit any requests for stories they have to the newspaper which will then do its best to report on them.

The group thanked Poling for coming out to represent the newspaper.

The Valdosta Chamber of Commerce was the group’s last stop before returning to Drexel Park. The main issue addressed to Myrna Ballard, Valdosta Chamber of Commerce president, was in regards to Valdosta wanting to combine the Lowndes County and Valdosta city school systems. The Chamber supports unifying the systems, while the Occupy Valdosta group primarily opposes it. Ballard was thanked for her speaking to the protestors.

Another group of protestors stood against the original protestors to make sure they stayed clear of their goal.

The issues of medical care, environmental projects and local school consolidation were also in the protest.

“I got a tooth infection in March, but there’s no public dental,” Nan Duckworth, a native of Orlando, Fla. Her daughter, who attends VSU, encouraged her to come to the protest.

Students who were unaware about the protest found out through Facebook, and by word of mouth throughout campus.

Vernon Perry, a sophomore marketing major was told about the protest by his sociology professor.
“I agreed with the Occupy Wall Street’s vision and the protest,” Perry said. “I support the cause.”

The march began at 12:15 p.m. and finished at 2:30 p.m. The fight didn’t end there; the group met up the next day at the MLK Memorial to talk about its next move and various issues they would like to address.

According to the groups’ Facebook page, a General Assembly will be held this Saturday from noon to 6 p.m., at the MLK monument.

The group plans on engaging in the anti-consolidation march from 9 a.m. to noon and the assembly teach in on Saturday. Organized teach-ins, local events and city hall meetings will also be covered by the group.

They also plan on promoting more about their issues up until the July 4th National General Assembly.

Disclaimer: Due to mistakes noticed in the print version that ran on Oct. 20, the story was updated accordingly. If there are any mistakes to be found, please contact one of the editors, and we will fix them as soon as possible. 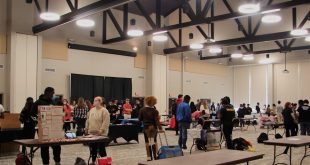 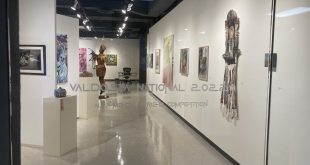