When the word “business” is mentioned in this country, it should best be described in three words: free market capitalism. Businesses are meant to grow, compete and expand into new markets. It is natural and, when left alone, extremely effective.

This is a free market, and businesses are allowed to venture out to explore new paths at their own discretion. As it should naturally occur, competing businesses will balance themselves out organically.

Capitalism is a well-oiled machine that has worked since this country was founded expressing in simplest terms that it is an individual’s right to sell goods for profit. Nobody intends to start a successful business for the sake of saving the world; people want to make money.

A popular and controversial issue lately involves the recent discussion of Wal-Mart using crowd sourcing techniques to compete with websites in similar markets. Essentially, Wal-Mart would use individuals not employed with the company to deliver orders from Wal-Mart stores to customers to compete with fast deliveries promised by websites such as Amazon.

There is absolutely nothing wrong with expanding a business into a new market to compete with others offering the same service or product; it is all part of the game. Capitalism reduces prices for goods and, contrary to popular belief, dramatically improves the economy.

On the other side of the spectrum, and as absurd as it is, individuals are being punished for their success. Establishments like Wal-Mart are being called “radical” for refusing to become unionized and are thus attacked by myths of paying pauper wages, discriminating against women and burdening taxpayers. Of course, the myths are just that, myths, as manipulative rhetoric takes the place of logic.

Another semantic against business expansion is that large corporations like Wal-Mart will run mom-and-pop shops out of business. In reality, the consumers determine what a community wants and there is a good reason why people flock to Wal-Mart: There is a wider variety of goods at lower prices. An exchange of goods at lower prices profits everyone!

Governments should promote free enterprise rather than attempt to destroy any successful business that refuses their control. We live in a time where the individuals that have worked the hardest are labeled as bigots simply for their success and where nothing is “fair” unless it is equal for all regardless of effort or initiative. It is a sad day in this country when earned wealth is discriminated against and hard work is only applauded after yielding miniscule results.

Wal-Mart isn’t kidding when it says it wants to save your money.

The popular supermarket plans on expanding its empire that started in 1962 by not only allowing customers to buy its products online but also to have other customers deliver those goods to the online buyers.

Overall, the plan seems a little over the top, and I only foresee problems with this system. Would it be safe for customers to deliver goods to people they have never met? Would it be reliable? Probably not. Who knows who could be showing up at your door?

Another way Wal-Mart cheats the system is by not directly paying the deliverers. As of now, Wal-Mart executives are considering giving drivers a discount at the store as a method of payment. They feel this is sufficient for gas costs. The discount better be a big one. Gas isn’t cheap and the cost of groceries is rising.

To the supermarket’s customers, this can be seen as a more expensive alternative. Instead of shipping, would the customer have to tip the driver? Would Wal-Mart make the customer pay for insurance to cover the money lost if a package gets lost or damaged?

In order to compete with Amazon, a completely online store, Wal-Mart wants to pull merchandise from its own stores, hoping to have an advantage over Amazon. The mindset of Wal-Mart’s executives taking over the business world is unreal. They will never conquer Amazon’s customer base. Amazon has products customers can’t get at Wal-Mart, and without a face-to-face transfer of goods, Amazon leaves out the potentially creepy exchange.

The cons outweigh the pros of Wal-Mart’s new plan. The system would cost the consumer and the worker more money, making what the marketplace seems to be a cheaper alternative into a more expensive one. 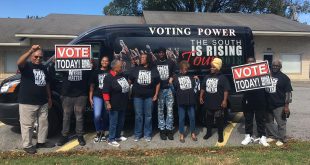 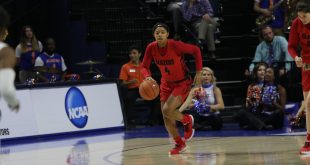