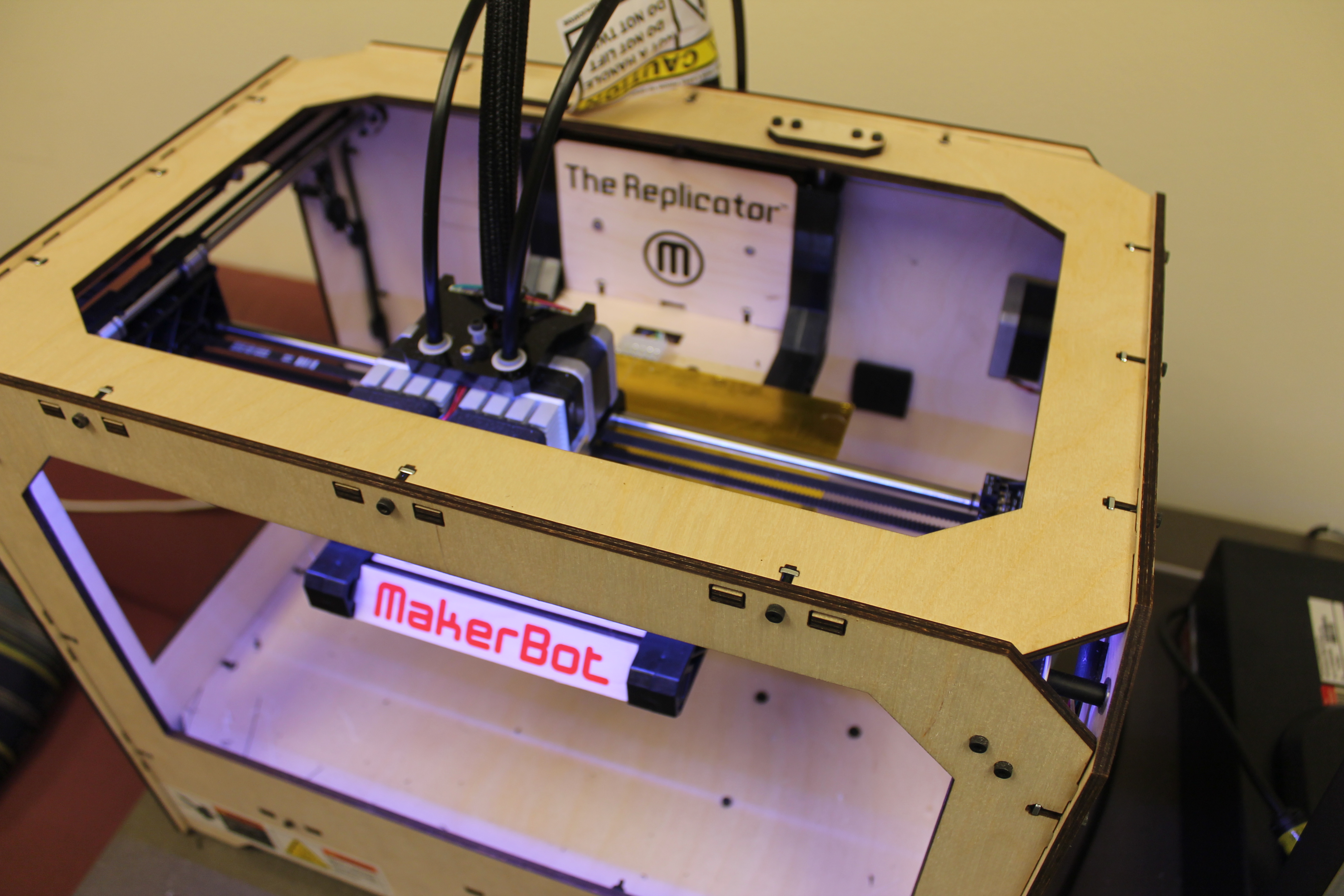 Although there are no flying cars just yet, we may already be living in the Jetsons-esque future that we’ve long awaited.

Once costing $20,000, the MakerBot Replicator 1 now sells online for less than $1,000. This past January, VSU purchased two of the devices for about $2,000 each and the filament used for the machines, which ranges from $30 to $50 a roll. Although they weren’t immediately available to the student body, the projected release time for students to use the printers was this fall. This, however, has been pushed back to spring 2014.

“The reason (we’re) holding off until spring is (because) we want to make sure we have a process for students to bring in 3-D printing material, reserve a time with the machine, print it out and have a fee structure for it that is all going to work and cause as little headaches as possible,” Michael Holt, reference librarian and assistant professor, said.

With kinks still being worked out, there is no fee set in stone, but Holt has a pretty good idea of how students will be charged for printer usage.

“Generally, we are going to do it by the time it takes to print,” Holt said. “With the amount of filament it takes to print, generally, a fee of about $2 an hour (would work), and that’s whether or not the print completes correctly.”

Students, however, will not be able to use their university printing allowance to pay for 3-D printing services as Media Services has the ability to take cash or checks.

As for how the printer actually works, the machine starts off with a 3-D model and then reproduces the model by laying down successive layers of material usually consisting of plastic.

This allows the printer to have a very wide range of capabilities. It has been used to make molds for sculptures and jewelry as well as engine parts.

“A guy last semester printed out components to make a wind turbine,” Holt said. “We (also) printed out a case for an LED light box that was put in the art show last year.”

With the positives that have already come from 3-D printers, there have also been negatives. In May, a 25-year-old law student at the University of Texas stirred up controversy when he claimed that he not only simulated a gun using a 3-D printer for parts but that it actually worked.

This immediately drew skepticism and controversy from some while others felt it was a breakthrough. Also, some people found it dangerous and challenged the true usage of a 3-D printer and its access in the future.

“As 3-D printing evolves, advanced printers can use metal, composite or even biological material,” said Eric Thomas, journalist and co-anchor of the San Francisco ABC7 Morning News, in an article on abclocal.go.com. “If and when somebody decides to use those to make a weapon, government regulation may not be far behind.”

With that being said there will be restrictions placed on printing for students such as copyrighted materials or any devices that could purposely be used to harm another individual. More restrictions will be further explained in spring when the printers are made available to students.

Holt believes the printers will be very popular among students.

“The reason I put (the printer) here (is because) I wanted people, regardless of their major, if they had that creative spark in them, to come in and use this technology,” Holt said.