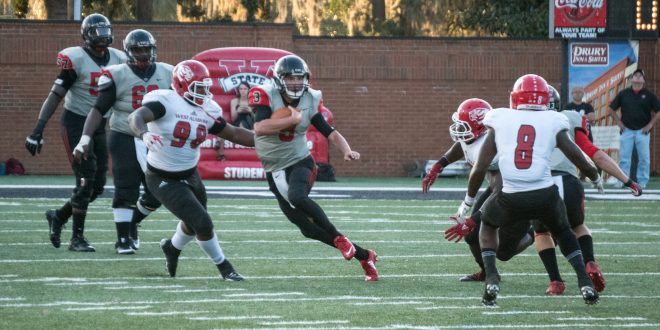 VSU Football is travelling to Rome this weekend to take on Shorter University in the final game of the regular season. The Hawks are in last place in the conference and were defeated 44-0 in last years contest.

After West Alabama crushed postseason hopes for the Blazers, VSU Football is looking to end the regular season on a high note.

The Blazers were riding a three-game win streak before falling to the Tigers 38-14. That game was senior night for the Blazers, but Saturday’s contest could be the last football game ever for many of the seniors Blazers.

Given the circumstances, this week the team is doing its best to honor seniors on the team.

“We want to play a good football game,” Head Coach Kerwin Bell said. “It’s all about the seniors. If you aren’t on board to make sure we send the seniors out right, you’re going to stay at home.”

It wasn’t the season that the Blazers were expecting. The team was ranked No. 11 in the nation in the preseason coaches’ poll.

After starting the season 0-1 and having to forego their second game of the season due to inclement weather, the Blazers found themselves staring down a rough conference schedule in which they went 4-3.

“When we were siting 1-3, they led the way,” Bell said of the seniors. “They stayed together, they’ve been great leaders and they’ve done everything that I’ve asked.”

It would’ve been easy for the Blazers to stop competing when they faced their early season problems but they did the opposite. The seniors lead the team on and off the field in addition to many statistical categories for the VSU.

On the offensive side of the ball, Dallas Baldner led the Blazers in receiving yards with 318 on the season and 39.75 yards per game. Jordan Germany and Ron Johnson were the top running backs for the Blazers with 266 and 196 yards respectively.

The Black Swarm defense is littered with seniors on every level. Six of the Blazers top seven tacklers are seniors. Malik Slater leads the conference in tackles per game with 8.4.

Even with the senior presence on the team, the Blazers have young players that will have an impact on the future. Players that have been impacted by these seniors and will most likely make a mark on VSU in the future.

“We have some guys that are ready to take it to another level,” Bell said. “With that said, every year comes down to this moment that you just honor your seniors.”

The Blazers are facing last place Shorter University in Rome, Georgia on Saturday. The Hawks have allowed a league worst 56 touchdowns this season and 43 points per game.

Last season, the Blazers capped their regular season with a 44-0 win over the Hawks prior to heading to the NCAA Division 2 Playoffs.

This season, the Blazers are looking to duplicate that effort in what will likely be the final game of the season. 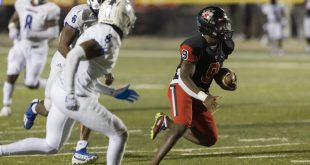 A look at the challenges athletes face on the road

Athletes are confronted with challenges and adversities that make their daily routines difficult for road ...