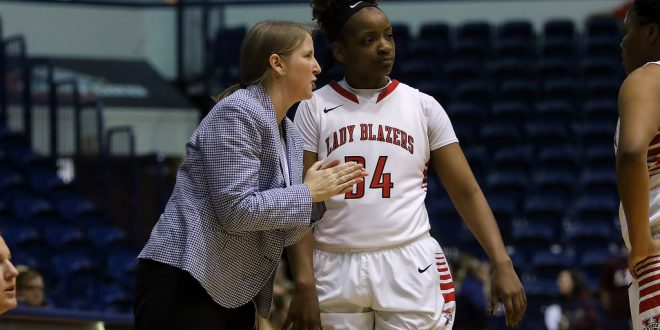 Kenya Samone’ Dixon started all 32 games last season and led the team in three-pointers made with 78 and was seventeenth in the nation for three-point percentage with .417.

Samone’ Dixon started all 32 games last season and had an outstanding year for VSU Women’s Basketball. She led the team in three-pointers made with 78 and was seventeenth in the nation for three-point percentage with .417.

She was named First Team All-Conference and was one of 11 students to be named to the Gulf South Conference Fireseeds Winter All-Academic Team.

Samone’ Dixon is an only child that was born in Baton Rouge Louisiana. She is a fifth-year senior in grad school working towards her Master’s in Public Administration.

She graduated from Scotlandville Magnet high school in Baton Rouge, and she transferred from Florida Agricultural and Mechanical University to continue her basketball career here at VSU.

Dixon has been playing basketball since the age of 3 and is considered an all-around player meaning she can play any position on the court.

This season Samone’ Dixon will be focusing on playing small forward and shooting guard.

“Basketball is my happy place and is a place I can let all things go,” Samone’ Dixon said. “It’s more of a stress reliever.”

Dixon looks up to her mother as a huge inspiration to her because she was a single parent that was always there and was also like a best friend to her. Her mother has always supported her so she refers to her mother as “superwoman.”

“He is just an overall humble person. On and off the court,” Samone’ Dixon said.

She looks at her teammates as her sisters she didn’t have growing up. They do everything it takes to keep each other motivated.

The goal Samone’ Dixon has set for herself and her team is to be better than they were last year and to never settle with just being good. The goal is to go above the 22-10 record the team had last year.

“Although we had a twenty plus win season, it never hurts to do better,” Samone’ Dixon said.

A pre-game ritual is not something Samone’ Dixon really has. She listens to gospel music to get her day going, but just knowing it game day pumps her up enough.

“Knowing that its game day and I get to go on the court with my teammates pumps me up I guess,” Samone’ Dixon said.

Previous How to: throw a finals de-stress party
Next People poll: How do you deal with stress?