Home / Entertainment / Not again: Sequels (and prequels) we didn’t need

Not again: Sequels (and prequels) we didn’t need

Sometimes franchises get it right, and sometimes they don’t. Here are five movies that should have never happened.

The original “Speed” was just gimmicky enough to gain decent critical and popular reception. “Speed 2: Cruise Control” … not so much. It should have been a sign when Keanu Reeves refused to be cast in the film with the studio instead opting for the (much) lesser known Jason Patric. The story revolves around Officer Alex Shaw (Patric) and his mission to stop a hijacked cruise ship from destroying an oil tanker for reasons which are never fully explained.

The cruise ship ultimately (and predictably) veers off course of the oil tanker and into the port of St. Martin in a scene which is credited as one of the most expensive in film history. Ultimately, the villain is stopped and a crisis which wouldn’t have been very devastating in the first place has been averted.

“Ghost Rider: Spirit of Vengeance” is easily one of Nicholas Cage’s worst movies. His performance throughout the film is absolutely off the rails, failing to find any substance whatsoever. The plot is poorly written and falls flat at key moments, the visuals are stale and the dialogue is laughable. Overall, the film tries to be a rollicking, globe-spanning adventure, but instead is just boring and absurd.

With a score of zero percent on Rotten Tomatoes comes a film nobody asked for: the fourth installment in the “Jaws” series. The movie follows Chief Brody’s widowed wife after he died of a heart attack (or actor Roy Scheider refused to be involved in another soulless sequel of the shark series) as she becomes convinced that the shark is stalking her family following the death of her son. Let’s give the shark a break. He’s already been killed three separate times at this point. With horrible visual effects and a lackluster story, “Jaws: The Revenge” goes belly up.

It’s evident when a film is nothing but a shameless cash grab, and the lack of passion in this film made it obvious. The storyline seems jagged as if the creators of “The Conjuring” had never intended for “The Nun” to be made in the first place.

About 90 percent of the film is gray, the other 10 brown. The dialogue is boring and irritating when it tries to be funny. The characters are one-dimensional. The scares are impeccably timed in that they are extremely predictable. I’ll admit that despite its shortcomings there were a few entertaining scenes, but ultimately, we can only hope that one day audiences will get tired of films like these.

Love it or hate it, 1999’s “The Blair Witch Project” brought a new perspective to horror. Its use of the found footage perspective influenced later films such as “Paranormal Activity.” However, what the original did right, the sequel did wrong. Released only a year after the original, “Book of Shadows” is a perfect example of how not to write a film.

It follows a tour group exploring the grounds of the now wildly popular woods where the original film took place. From there, they get wildly intoxicated and proceed to commit murder, which they later don’t remember. The film’s timeline is jumbled with the film cutting to different segments of the movie intentionally. There are even scenes which play out for minutes only to reveal that the scene never truly happened at all.

In the end, the audience is left with more questions than answers, the main one being, ‘Why did I just waste 69 minutes of my life?’ 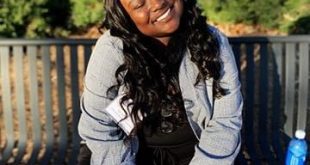 People poll: How has your transition to online classes been? 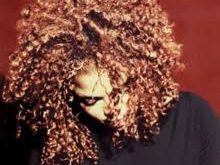 “We have a special need/ To feel that we belong/ Come with me inside/ Inside ...