Home / Opinions / 2019 Video Music Awards Review: Why Is This Still a Thing? 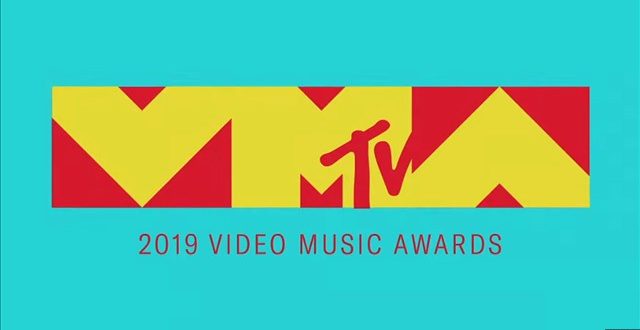 This year’s “big” award show was very mediocre and lacking in memorable moments to say the least.

2019 Video Music Awards Review: Why Is This Still a Thing?

From the underwhelming red carpet looks to the lackluster music performances, this year’s MTV Video Music Awards adds to the narrative that the award show gets more and more mediocre every year.

This year’s big event included a variety of celebrities in attendance including rising stars in music like Megan Thee Stallion, pop superstars like Taylor Swift, and industry legends such as Missy Elliot.

The most nominated artists of the show were Ariana Grande and Taylor Switch with 12 nominations each. Both were also the most awarded artists of the night along with Billie Eilish, with all three female pop stars taking home three moonmen.

Video of the Year, the biggest award of the show, was won by Taylor Swift for her video “You Need to Calm Down”. Even though videos such as Billie Eilish’s “bad guy”, Ariana Grande’s “thank u, next”, and Lil Nas X’s “Old Town Road” felt like more deserving candidates for the award, “You Need to Calm Down” is nevertheless a good pop video with a nice message.

This year’s Artist of the Year award went to none other than Ariana Grande, who was very deserving of this accolade.

Song of the Year, the last of the big three awards, went to Lil Nas X and Billy Ray Cyrus for their collaboration “Old Town Road (Remix)”. This is yet another award well-deserved, as “Old Town Road (Remix)” in undoubtedly the biggest song of the year. The song stayed at the top of the Billboard Hot 100 chart for a total of 19 weeks, breaking the record for most weeks spent at number one.

Cardi B took home the award for Best Hip Hop with her song, “Money.” This was a good choice to win, as the video embodied everything that made Cardi B a popular figure today.

Anti-pop sensation Billie Eilish took home the awards for Best New Artist, Push Artist of the Year, and Best Editing for “bad guy.” Very much deserved, Eilish is a great artist and has had an amazing year. Hopefully, this success will take her on a nice journey to the top.

K-pop group BTS won the awards for Best K-Pop for their song “Boy with Luv” with Halsey and Best Group. BTS has taken the world by storm, effortlessly become one of world’s most recognizable international acts, so their success at the award show was inevitable.

One of the most anticipated parts of the Video Music Awards are the show-stopping performances. Unfortunately, the performances this year were nowhere as exciting and filled with pizzazz as they used to be.

The best performance of the night would have to go to up-and-coming pop star Lizzo. She performed her hits “Truth Hurts” and “Good as Hell.” Her performance left everyone feeling good afterwards.

Missy Elliot’s medley of hits such as “Get Your Freak On,” “Work It,” and more is also a performance worth noting. Seeing Missy step on stage to perform a few of her classics gives everyone a sense of nostalgia for the 2000s.

Sadly, for every good performance, there was also a bad one.

Taylor Swift opened the show with her songs “You Need to Calm Down” and “Lover”. While the theatrics and visuals of the performance can be praised, the vocals and choreography were not there.

Shawn Mendes took the stage to perform twice at the big show. For his first performance, he performed his hit single “If I Can’t Have You.” It was your average Shawn Mendes performance, which was expected since he doesn’t know what “switch it up” means.

He performed again later that night with his rumored girlfriend Camila Cabello. They performed their No. 1 collaboration “Señorita” together, and it was nothing special. It is widely believed that their relationship is a publicity stunt, and the performance did not help debunk those allegations at all.

The Jonas Brothers, who make a huge comeback to the music industry this year, hit the stage to perform their hit single “Sucker” and “Only Human.” Again, it was nothing special, we’ve all seen this exact performance many times.

Finally, you cannot talk about the Video Music Awards without mentioning the red carpet looks. This year, only a few showed up and stood out in comparison to previous year.

Best dressed this year would have to go to Lizzo and Lil Nas X. Their looks stood out the most and showed off their dazzling personalities.

Taylor Swift, Camila Cabello, and Ebonee Davis’ looks for the red carpet were okay, nothing spectacular but not too bad also.

Most of the other looks were either terrible or too basic. These include the looks of celebrities such as Halsey, Shawn Mendes, DJ Khaled, Ava Max, and even more.

This year’s “big” award show was very mediocre and lacking in memorable moments to say the least.

After watching this year’s Video Music Awards, you cannot help but miss the way things used to be. Artists like Beyoncé, Lady Gaga, Britney Spears, etc. used to give us iconic performances that we still talk about today.

Hopefully, in years to come, the up-and-coming pop stars will begin to take more risks with their award show appearances.