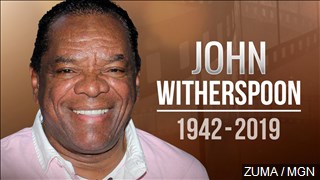 "Never rise to speak till you have something to say; and when you have said it, cease."

On Oct. 29, iconic actor and comedian John “Pops” Witherspoon passed away at the age of 77. He died in his home in Sherman Oaks, California due to cardiac arrest.

Born in Detroit, Michigan on Jan. 27, 1942, Witherspoon was one of eleven siblings.

As a child, Witherspoon occasionally worked as a model. He and his older brother, William, took up an interest and music. Witherspoon would go on to learn how to play the trumpet and French horn.

Witherspoon began his career as a stand-up comedian in the 1960’s. This was during a time where the civil rights movement was still going on. While African American comedians like Moms Mabley and Flip Wilson were household names during this time, it was still a rough path trying to make a name for himself. By the 1970’s, however, he did just that.

Witherspoon went on to star in a slew of films and television shows that are legendary to contemporary African American culture, including The Wayans Bros., The Boondocks, and most notably the Friday series.

In addition to his role in the first three installments of the Friday series, he will be making a posthumous appearance in the last installment of the series titled Last Friday, set to be released in 2020.

In 1988, Witherspoon married Angela Robinson, and the duo have two children together: John David (J.D.) and Alexander.

Witherspoon has an underwhelming amount of recognition from award shows, with his only award nomination being for the BET Comedy Awards in 2004 for his work on The Tracy Morgan Show. Despite this, Witherspoon has still seen critical acclaim in the film industry and is well respected by fellow actors and comedians alike.

Following his passing, many celebrities spoke about their positive experiences working with Witherspoon, who they seen as a father figure and a legend to the entertainment industry.

In one example, actress Regina King, who worked with Witherspoon on The Boondocks television series, posted her condolences on her Twitter.

“My dad, my grandpa, my comedic inspiration! I love you Spoons! Rest In Paradise, King.” King said.

In addition, many of the actors and comedians he influenced also showed up and spoke at his funeral services, including Ice Cube, John Letterman, Cedric the Entertainer, and Chris Tucker.

Ice Cube had a lot to say about the comedian, calling Witherspoon “one of the funniest guys her ever met.”

Cube also went on to say, “Laughter is the medicine for our mind body and soul it helps us get through this crazy world and God bless the ones who make us laugh.”

Witherspoon will always be remembered as an icon in the entertainment industry, and it is almost inevitable that his name will always be mentioned when it comes to African American comedians and actors.

His undeniable humor truly left a mark on the countless celebrities that he has worked with, and his inspiration will be seen through the works of actors and comedians alike as the future progresses.

“You win some, you lose some, but you live to see another day.” 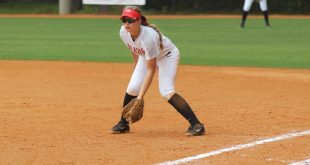