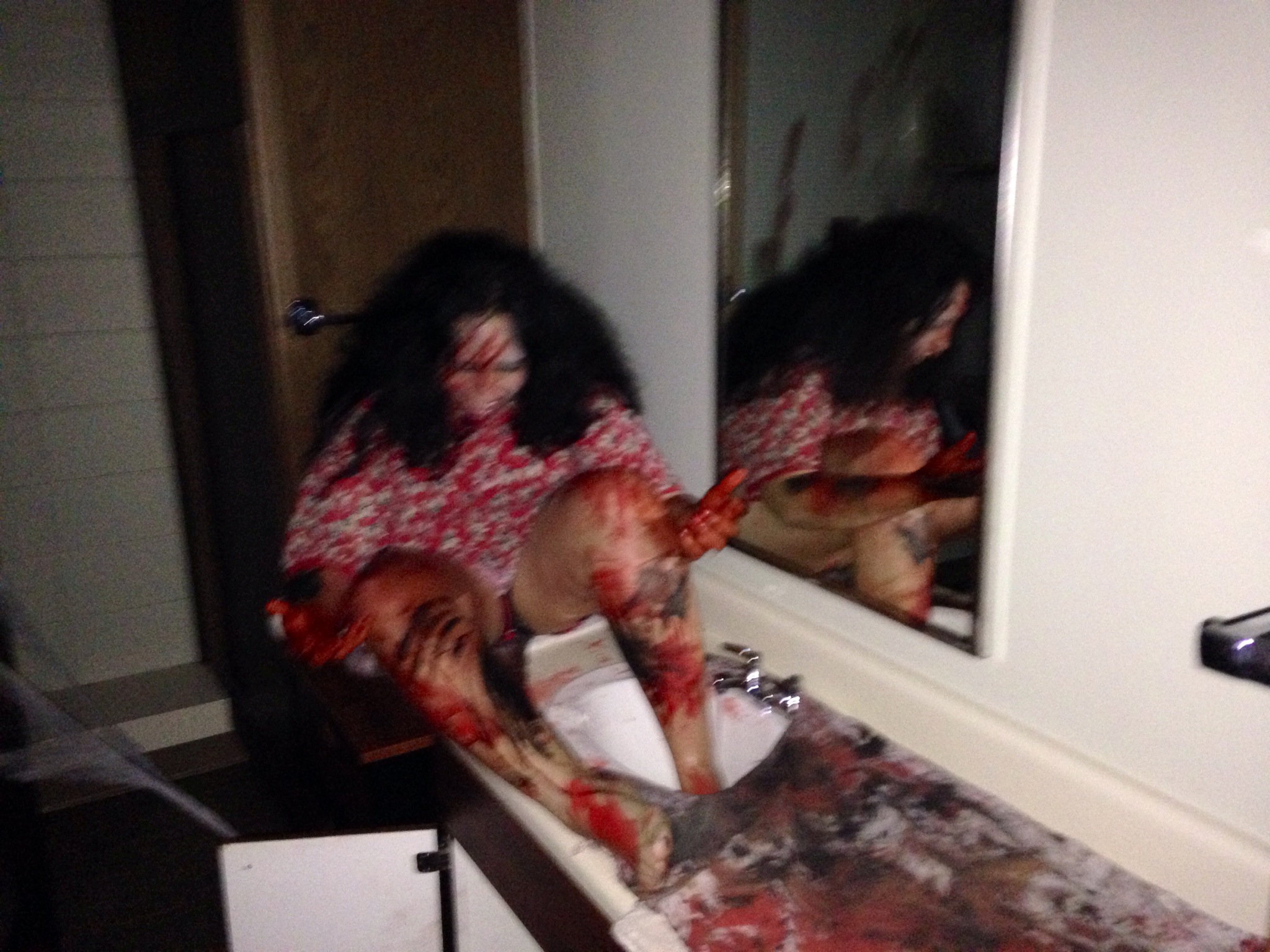 Where male residents used to lay their heads is now filled with the shrills of a girl covered in blood begging for help. What was once a bathroom facility now contains the angry ghost who can’t leave the last stall. A dorm that once housed budding freshman residents now houses the scariest ghosts on VSU’s campus.

This year Langdale Hall put on its first haunted tour, the Langdale Asylum, meant to get students involved but also give to a good cause. Upon entry, students were asked to donate a canned good or item of clothing.

“There are two different organizations (we are donating to),” Tanner Blue, senior psychology and philosophy major, said. “The first is Uplift, Inc., an independent living facility that caters to people with mental illnesses or people that are homeless. The other place is the Haven, which is a battered women’s shelter here in Valdosta.”

The trail itself allowed students to enter into an unused wing of Langdale that used to house male residents but due to the insufficient numbers of residents was closed. Students then walked down the dark, heavily decorated hallway where they entered different rooms with their own scenarios.

Participants in the trail were students that were interested in volunteering despite if they lived in Langdale or not.

“We looked mainly in Langdale for volunteers because it would be a little bit easier,” Blue said. “But we ended up getting people from different halls and off campus to help us.”

As for the popularity of the trail, the line stretched around the hall. One night, there were more than 100 attendees.

“I enjoyed myself thoroughly,” Thomas Wright, sophomore undecided major, said. “Seeing all the makeup was the best part – and watching the fools in my group scream like girls.”

“It was actually pretty thought out,” Tremaine Genias, junior political science major, said. “The fact that we were being followed was different. I did not expect that.”

With such positive feedback, Langdale staff plans on hosting the “asylum” every year to encourage participation among students and to continue to give back.

“It’s a fun way to give back,” Blue said. “It’s hard to get students to be involved with their community, and we wanted them to be engaged, so we have lots of hands helping us so they get volunteer hours.”