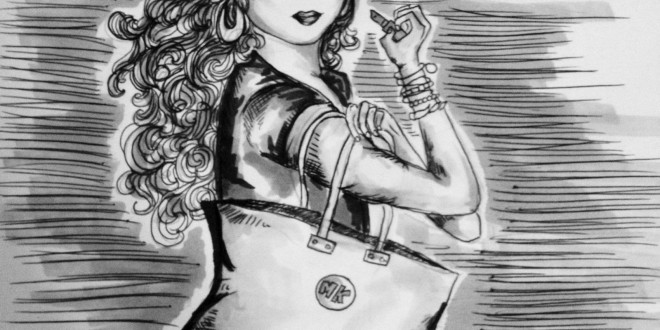 Feminism (n): advocacy of equal treatment for the sexes

With racism in the recent limelight, another ism is being put on the back burner: Feminism.

Feminism is the belief that women deserve equal rights as men. It is not about hating men and overcoming them.

Women’s rights have progressed a long way from hundreds of years ago. Gone are the days when women stayed home to iron shirts and stayed in the kitchen to ensure a hot meal was ready when the husband got home.

Feminism seems to have a negative connotation in today’s society. Feminists are often seen as man-haters, when all they want is equality for the sexes. As with any cause or belief, there are some extremists who give feminism a bad rep, but they do not represent the core value of feminism.

Labeling yourself as a feminist is not necessary. Labels are rarely necessary. What is important is that every person pushes for women to gain and maintain the same rights that men have.

According to The Institute for Women’s Policy Research, full-time female workers made only 78 cents for every dollar earned by men in 2013, a gender wage gap of 22 percent. This gets to the root of what feminists push for. Women deserve to be paid the same amount as men when doing the same job.

In the case of sports, female teams are often called by their gender, such as Lady Blazers. This is a perfect opportunity to show the equality of men and women. Every team does the same job—they play to the best of their ability. Gender should not determine the name of a sports team, just like it should not determine the rank in a work environment.

Though women’s progress can be seen throughout society, there is still a long way to go. A recent survey showed that women hold only 4.6 percent of the CEO positions at S&P 500 companies.

Women make up less than 20 percent of the U.S. House of Representatives and the U.S. Senate.

The Spectator feels that VSU should lead the way in the 21st century feminist movement. If a female is fit for a job, her gender should not hold her back.

Everyone in the VSU community should be aware of what they are saying when they refer to feminism. Know the definition and know what feminism stands for: For women to be treated equally to men.

2015-02-11
Kayla Stroud
Share
Previous Pro/Con: Legalization of Medical Marijuana in Georgia
Next Pinocchio: A whale of a tale