As the great Walt Disney once said, “All your dreams can come true if you have the courage to pursue them.”

For Valdosta State quarterback EJ Hilliard, that dream in pursuit is an opportunity in the NFL. He got his first taste of such when the signal caller competed in the Dream Bowl in Virginia Beach on Jan. 18.

The Dream Bowl is an all-star extravaganza for division II, division III and FCS players. It is a four-day event that features a combine and exhibition game that allows NFL and CFL scouts to evaluate talent up-close. The competitors were divided into two teams: the Patriots and the Crusaders. Hilliard was one of three quarterbacks for the Patriots.

“The experience was great,” said Hilliard. “I enjoyed the overall aspect of being around a select group of young men that were all trying to accomplish the same goal: A chance to showcase our skills and get a shot at the next level.”

Hilliard, who transferred from Florida International before the season, started every game for the Blazers in 2015. He led the team to a 9-3 record and will forever have a place in the VSU record books.

In a 56-22 home win over Cumberland, Hilliard hit D’Amonte Ridley on a 92-yard touchdown throw. That became the longest touchdown pass in Blazer history.

“I honestly didn’t see anything,” said Hilliard immediately after the game. “I put it up, I got hit, I heard screaming from that (Cumberland’s) side and thought ‘man, that’s an interception.’ The next thing I know, I heard he caught it, then broke a tackle and scored. So it’s really cool to have a place in history.”

Hilliard has had NFL aspirations his entire life. Prior to the season, he shared with The Spectator that his individual goal was to have a chance at the next level.

Fortunately, Hilliard grew up surrounded by NFL talent in Miami. He replaced the Minnesota Vikings’ Teddy Bridgewater as Northwestern High’s starting quarterback his senior year. His top receiving target that season was Amari Cooper, the pro bowl rookie receiver for the Oakland Raiders.

While he has yet to talk with Cooper, Hilliard said he has spoken with Bridgewater in regards to the process of preparing for the NFL. For Hilliard, that preparation kicked off at the Dream Bowl.

“The weekend prepared me tremendously as far as the tempo of practice, the installation of new plays and a whole new system and adapting to a whole new coaching culture in a short amount of time.”

“It also prepared me from a competition standpoint, where everyone has a clean slate and a chance to impress the coaches.”

Hilliard was the only player to have multiple touchdowns in the game. He finished 5 of 7 for 79 yards with a passing touchdown, rushing touchdown and interception.

While VSU’s playoff run was halted by West Georgia in the second round, Hilliard’s individual success was not overlooked. Over half of the NFL has sent scouts to visit campus. This includes a New York Giants scout who stayed to watch the Mississippi College game live.

Hilliard finished his lone season as a Blazer having completed 65% of his passes for 2,425 yards and a 22:5 touchdown-to-interception ratio. He also proved to be a threat on the ground, adding 569 yards and three scores.

With the bowl concluded, Hilliard has returned home to Miami to train at Bommarito Performance Systems under long-time quarterback coach Ken Mastrole. Mastrole, who has operated with Hilliard since high school, will be working to improve the quarterback’s throwing mechanics, velocity and overall strength. 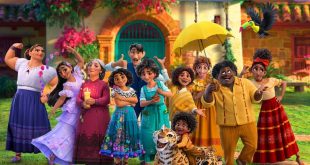