Home / News / Letter from the Editor: The Trump Affair 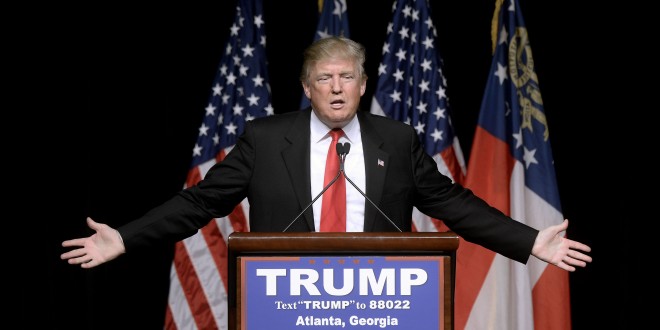 Letter from the Editor: The Trump Affair

Yesterday was a big day at Valdosta State.

Presidential hopeful Donald Trump, held a rally that flooded the PE Complex. Trump supporters from all over the South came to hear what Trump had to say.

Media outlets from all over came to hear what Trump to had to say.

We were there to hear what Trump had to say.

While attending the rally, we saw one man got booed out of the complex after he supposedly ripped up a Trump sign in front of Trump himself.

Thirty students were also escorted out by Trump’s Secret Service.

To say that yesterday was a day full of madness is an understatement.

Since our live tweeting of the rally yesterday, The Spectator has remained silent on the rally.

The editorial staff is working on interviewing and confirming everything that happened at yesterday’s rally. We want to make sure that we verify everything and talk to everyone we need to talk to.

We are planning on having one of our biggest issues on Thursday. While we will have a story on the rally on our website later today, we will have full coverage of the rally and the protests in Thursday’s issue.

If you have any information regarding any aspect of the rally, please contact The Spectator at spec@valdosta.edu or me at jlbarela@valdosta.edu.