Customers walk in line at Einstein's for food. Prices have increased, but students and employees are pleased with Aramark changes. (Photo Credit: Jada Dukes/THE SPECTATOR)

Einstein Bros. Bagels is now more expensive but the bagels are still delicious and students seem to be content with that. Einstein’s is one of the four on campus eateries that haven’t been removed by the new campus food provider, Aramark. Students seem to be unbothered by the increase in prices and student employees are pleased with the change in management.

“Its way better than Chartwells,” said Wynter Welburn, junior chemistry and pre-med major. Welburn says that she has been working at Einstein’s for just under a year and she has seen improvements in the management team. She stated that Aramark is “more professional” than Chartwells. Welburn also acknowledged that the prices have risen after the partnership and that new items have been added to the menu.

There doesn’t seem to be any change in student satisfaction with Einstein’s.

“I haven’t had anything that I don’t like yet,” said Darby Mcwhorter, sophomore communications and public relations major.

Mcwhorter says that she likes that Einstein’s is so convenient because she is able to put in orders through Tapingo, the mobile food delivery app.

The increase in prices seem to have had no effect on sales either. Welburn said that the shop is the busiest from 10:30 a.m. to 11:00 a.m. stating that “The lines are out the door.”

Even students who don’t visit the restaurant often are still pretty fond of it.

“I think it’s a really good healthier breakfast and it’s nice to have bagels you can customize on your own,” Said Michael Bosworth, junior electrical engineering major.

Bosworth said his favorite menu items were the blueberry muffins and bacon egg and cheese bagels. He says that while he is a fan of Einstein’s he’s only dined there a few times during his three years at VSU.

Einstein Bros. Bagels has been on VSU’s campus for only a few years and has two locations, both in the Dewar College of Education and the Health Sciences and Business Administration Building located on north campus. While the north campus location serves as convenient dining options for students taking business classes, the main campus location is also held in high regard by students taking classes in the education building, the fine arts building and Jennett Lecture  Hall.

“I like the location and usually I come in between classes,” said Deborah Stevens, sophomore music major. Stevens says she can count on Einstein’s to be quick and a break between classes.

Welburn also says that the hot sandwiches and the signature sandwiches are among the most popular menu items. She suggested that I try the tasty turkey which is one of the signature sandwiches. The “Tasty Turkey” sandwich is 500 calories and comes with roasted turkey, spinach, cucumber, lettuce, tomato with onion and chive shmear on an Asiago bagel. The “Tasty Turkey” is delightful and I highly recommend it.

Previous Credit cards help and hurt: 18-year-olds should mind dangers of reckless spending
Next Samsung has an explosive debut 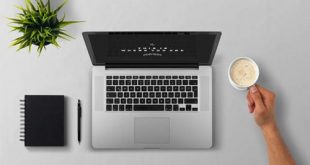 VSU students aren’t the only ones adjusting to online classes 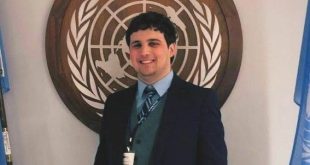 Get to know the SGA presidential candidate: Alejandro Briceño