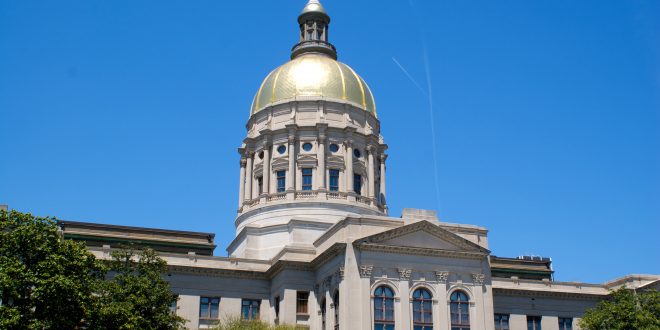 Valdosta ranked 71 out of 133 cities, from most to least safe.

Opinion: Georgia Senate Bill 375 moves Georgia in the opposite direction

On Feb. 23, the Georgia Senate passed Senate Bill 375, which has been named the “Keep Faith in Adoption and Foster Care Act.” This bill, if legislated, would mean that adoption agencies would have the right to refuse anyone on the justification of the adoption agencies religion. This means they can deny gay couples, couples of any religion, and couples of no religion. The bill also helps to protect these agencies from any future changes in the state policies.

I think that this bill is moving Georgia in the opposite direction it should be headed in. Until June 26, 2015, Georgia had held up its ban against same sex marriage; the only reason that changed was because the U.S. Supreme Court legalized same sex marriage in all states. With this ruling being passed, Georgia has upheld the law, but has consistently been trying to make life harder for the LGBTQ+ community. State Senator Fran Millar, who was trying to pass the bill, said that the bill would help children in foster care by broadening their opportunities.

Most of the arguments for the bill are based on this idea, but I do not see how it would help the children get more opportunities to fine loving homes. If anything, it is narrowing down the opportunities they already have.

This bill is focusing more on subduing the rights given to the LGBTQ+ community by allowing discrimination through any way they can. Georgia’s majority senate and legislators were obviously against legalizing same sex marriage in the first place, seeing as  though the federal government ruled that same sex marriage was legal in all states. Georgia’s Attorney General Sam Olens petitioned against it to the Supreme Court.

“This proposition that we should encourage agencies and change our law and protect agencies that are going to deny loving families the opportunity to adopt is backwards on its face,” said State Senetor Nan Orrock in an article with Georgia Voice. “You want more families coming forward to adopt children and reduce the load of children stuck in the foster system? The way that you do that is not to bar LGBT couples from adopting.”

Overall, I strongly disagree with the bill and I hope that the legislators do not pass it as it is a step backward from where we should be heading.

All of the students I have interviewed agree as well.

“I think it’s wrong for people to deny gay couples the ability to adopt a child just because they have a different lifestyle,” said Haley Campbell, a freshman communications major. “Being gay doesn’t automatically make you an unfit parent.”

“I think that the passage of this bill is repulsive,” Michael Tidwell, a freshman Biology premed major, said. “There is no basis for refusing to allow same sex couples to give a loving home to a child who is in desperate need for loving parents.”

“I feel like it shouldn’t have been passed,” Alexius Chadwick, sophomore accounting major, said. “When it comes to health sciences, religion shouldn’t be an influence. It’s the same thing as a Christian doctor that treats cancer to turn down a patient because he’s a Muslim or Jew.”

Previous ‘Roots’ caps off Black History Month
Next People Poll: Do you think teachers should be armed?