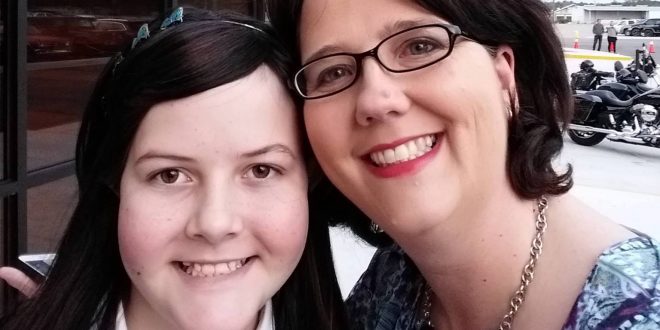 June 9 will officially be known as “Maddie Day” in honor of Valdosta native, 13-year-old Madeline Pitts who is fighting two forms of terminal cancer. The event will take place in Veterans Park.

Maddie has been an advocate in the pediatric cancer fight for 13 years as she supported her sister Elizabeth who had the same form of cancer she has today. Her fight sadly ended in 2010.

That was until her own diagnoses in 2016.

Maddie was then given an opportunity to begin a newly developed treatment using a device known as Optune, according to Madelyn’s Fight. This requires her to continually shave her head, so she can place transmitters that send a mild electrical field in order to disrupt the tumor.

This device is worn 16 to 24 hours a day and used in order to help chemotherapy become more successful.

Along with electrical impulse pads placed all over her head, she also has to carry a six-pound battery pack with her that she can’t get wet and has to sleep with at night.

“Every day we ask Maddie how she feels, and she always answers ‘great, today is the best day of my life’” Melanie Pitts, mother, said on her No Fear, Just Faith Facebook page.

When asked why, Maddie always responds with “because I get to be here.”

“Maddie is the strongest 13-year-old I have ever met,” Natalie Melear, event organizer, said. “When given the opportunity to complete her bucket list, I couldn’t pass it up. That is why I partnered with the police department and the mayor in order to host a day that will be dedicated to checking off as many things as possible.”

When Maddie was told she would only have a few weeks to live, she formed a list.

The list was comprised of carving her name in a tree, getting a license, swimming with manatees and much more, but for Maddie, it was a way to feel like she won’t miss out on anything life has to offer.

“Maddie has been through more trials than most of us can imagine,” Betsy Marmon, team member in event coordination, said. “To surprise her with a day strictly dedicated to her and her bucket list, seems to be the very least we could do for such an amazing young woman.”

Maddie Day will feature Mayor John Gayle dedicating a tree in her honor, and she will carve her name into it. There will also be a community wide water balloon fight featuring two teams, the Air Force versus the Valdosta Police Department, along with Maddie receiving her very own driver’s license.

After battling for months to regain the ability to walk, gaining nearly 70 pounds from steroid use to treat the swelling in her brain, extensive hospital stays, radiation, chemotherapy and severe seizures, Maddie has kept her unending faith that it will all be okay.

Her theme song is none other than “Fight Song,” by Rachel Platten in which Maddie says, “I will be alright.” 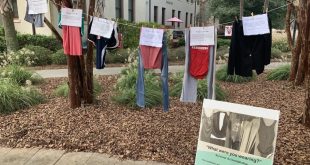