Home / Opinions / Review: Watch out for the shark cliché 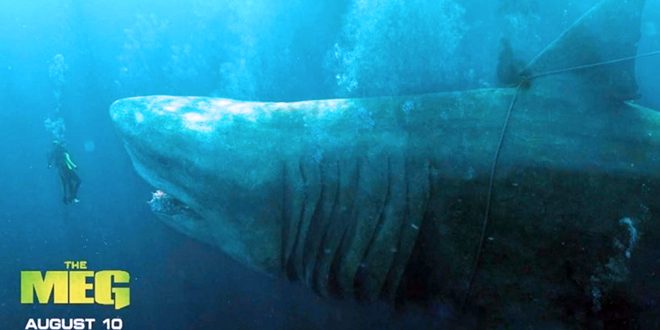 Review: Watch out for the shark cliché

What happens when a scientific deep-sea exploration releases a prehistoric 60 foot killing machine? Based loosely on the novel “Meg,” “The Meg” tells the story of Rescue Diver Jonas Taylor and a group of scientists who encounter rough waters when one of their missions leads them to a dangerous encounter with a Megalodon shark.

According to Box Office Mojo, “The Meg” has grossed over $300 million worldwide surpassing the newest installment of “Mission Impossible” to claim the number two spot at the box office. With a cast line up such as Jason Statham, who has become a Hollywood staple for his work in action films, and Rainn Wilson, known for his work as Dwight Shrute on “The Office”, you expect Director Jon Turteltaub to deliver an action-packed ride filled with lots of laughs, and he somewhat delivered. I enjoyed the film, but when I left and reminisced on the movie, I realized how disappointed I was. There was nothing or fresh, and it simply felt like they recycled the plot and characters of the shark attack genre that we have seen so many times before. The characters did not make a strong impression making it difficult to connect with them.

Despite the mediocre characters and a bit of a cliché plot, it was still an enjoyable production to watch. This movie had some really good comedic moments, but also had its fair share of suspenseful scenes. If you don’t enjoy blood, gore or explosions, then this film is not for you. If you enjoy the classic shark clichés, a strong plot and well-developed characters, this film may be exactly what you are looking for!

Previous Remembering our staff
Next Be Cautious Contact Wearers