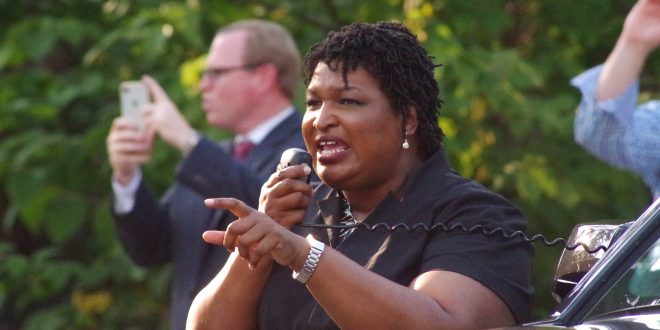 Stacey Abrams, 2018 democratic gubernatorial nominee, made sure to give students and Valdosta residents who could not get in a greeting in an effort to make sure they weren't left out.

Empowering, inspirational and wonderful are just some of the words used in reaction to Stacey Abrams’ visit to VSU.

The Democratic gubernatorial nominee visited VSU on Thursday, Aug. 23 in hopes of inspiring the Valdosta masses to look forward to future opportunities.

“Valdosta is emblematic as to why we need to be thinking about all of Georgia,” Abrams said. “You have a vibrant economy, but some places are being left out or left behind. We need a governor who sees all of Valdosta, all of Lowndes County and is willing to invest in everyone’s opportunities.”

Abrams said she came to Valdosta to speak not only on its important economy but also the college students that reside there. She knows they are thinking about their tomorrow more so than today.

Dexter Sharper, representative of District 177 in Georgia, has worked with the forthcoming candidate for around five years and said it was wonderful seeing her here.

“She’s one of the smartest people I’ve ever met in my life when it comes to legislative issues and policy,” he said. “She’s well prepared and well qualified to be the CEO of Georgia.”

More than that, Sharper said he believes Abrams will bring innovation to Valdosta, its citizens and its college students.

After all has been said and done, it’s the president of the Young Democrats of VSU who gets to sit back and enjoy the fruits of his labor.

The President, Matthew Banks, said Abrams was a candidate he was certain all students could relate to.

“If students are looking for someone to fight for them in being their governor whether it be debt or education loans, Stacey is that person,” Banks said.

Banks said he realized the connection Abrams had to VSU students after receiving positive feedback on the event flyer emailed out two days ago. Though the event saw a positive interest, it wasn’t without negative backlash, specifically on its location: Powell West Hall.

Sensei Blake or @1stglokage on Twitter said, “Valdosta really allowed Trump to get the Complex but making Abrams get small a** Powell Hall.”

Banks said there was nothing the Young Democrats could do as they were only listening to Event Services.

“According to the word we got from Event Services, Powell Hall was the only auditorium style hall that was open,” he said referring to Bailey Science Center’s auditoriums being pre-scheduled and Jennett Hall having no air conditioning.

Banks, however, had no answer as to why they could not use The Complex.

Though only around 180 people could enter Powell without it becoming a fire hazard, students were still inspired by her speech in Powell’s parking lot, prior to the event.

Sophomore Bruce Huff said he came out with hope and a new drive for imagination.

“When I was sitting there and she was answering questions, I was trying to answer them myself,” he said about her Q&A session. “She answered them to a T and beyond. She even gave me ideas. I’m real confident in what she can do.”

Abrams faces off against Republican nominee Brian Kemp at the 2018 Georgia Gubernatorial Election on Nov. 6. 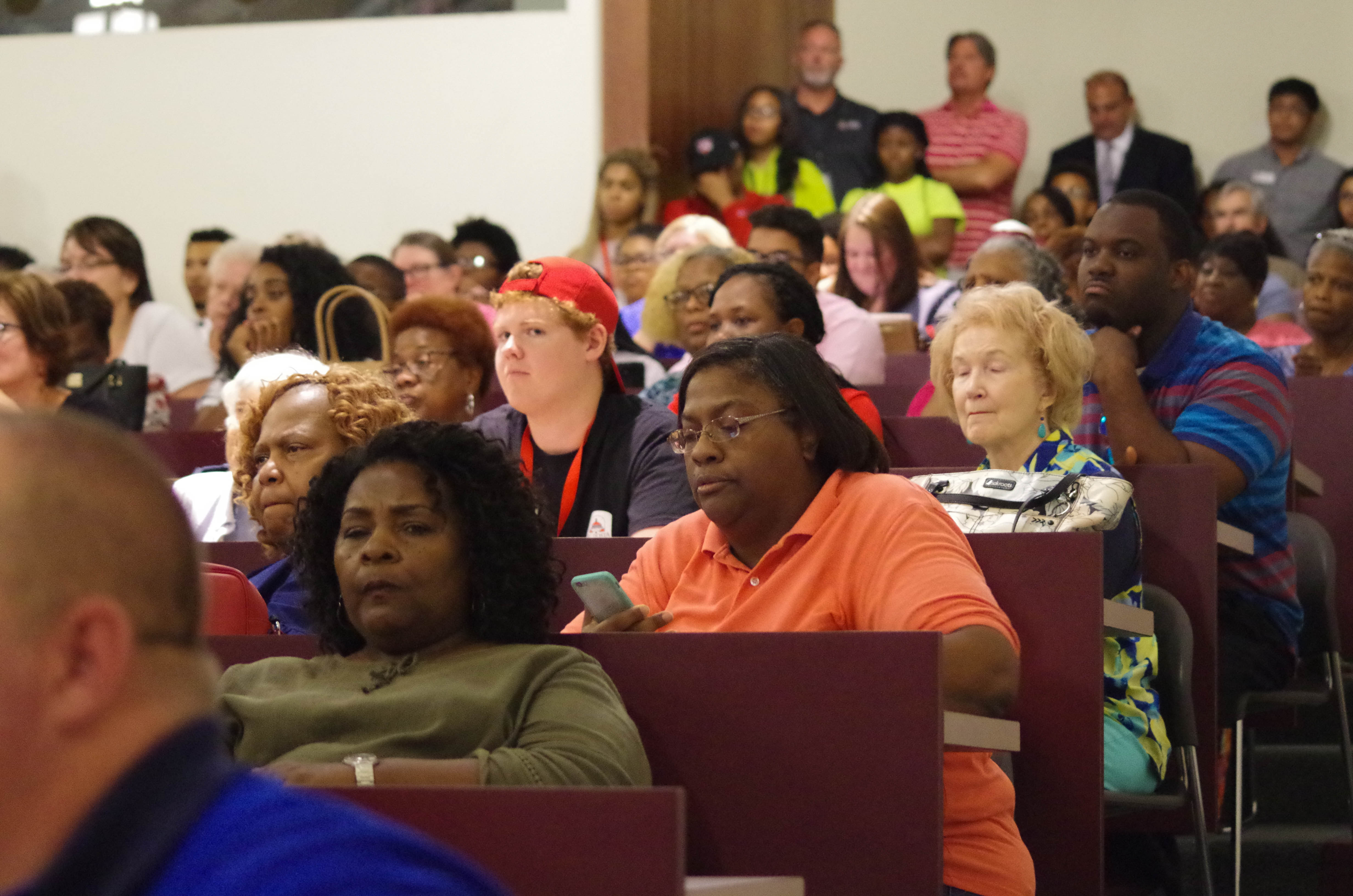 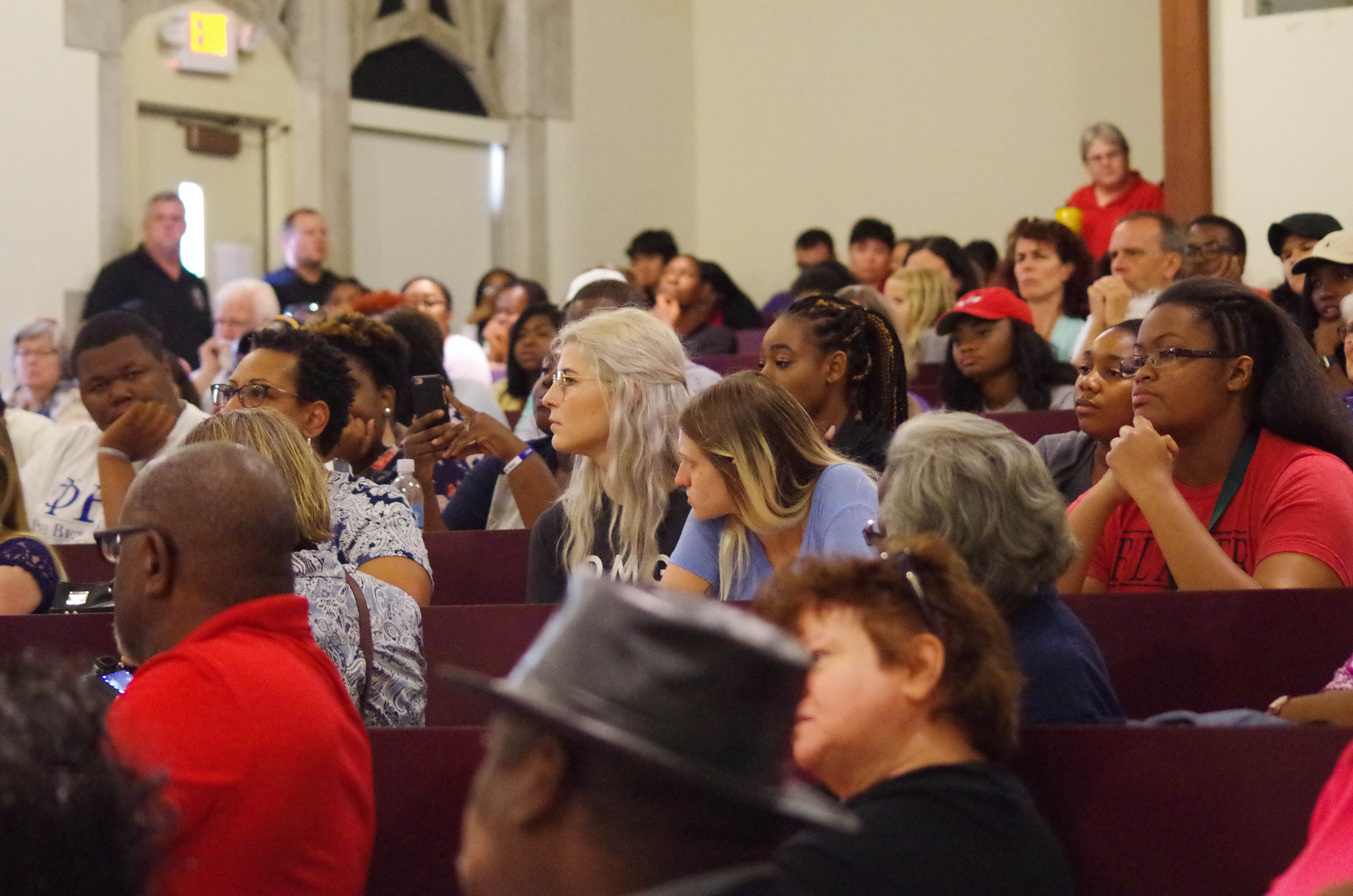 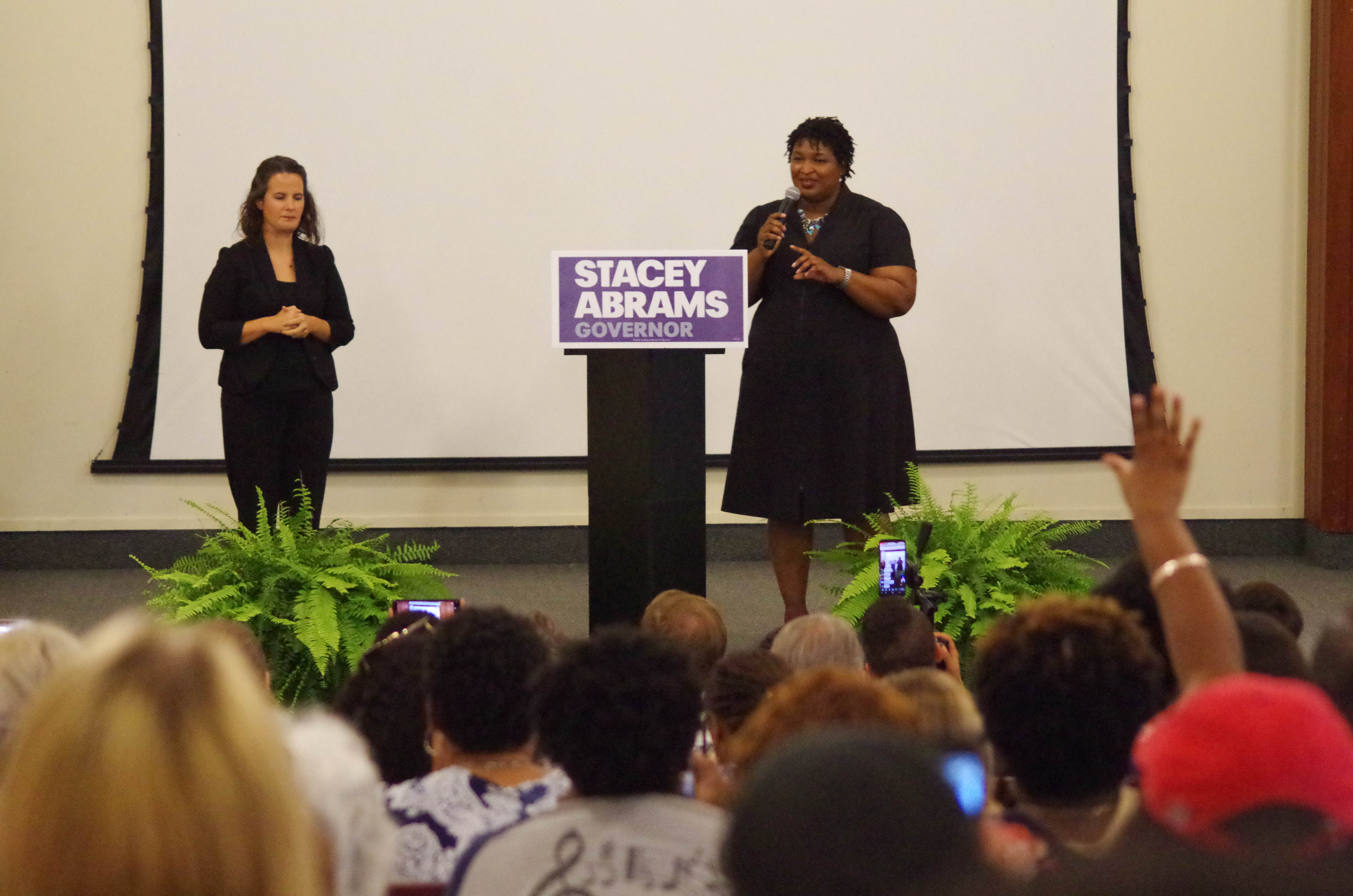 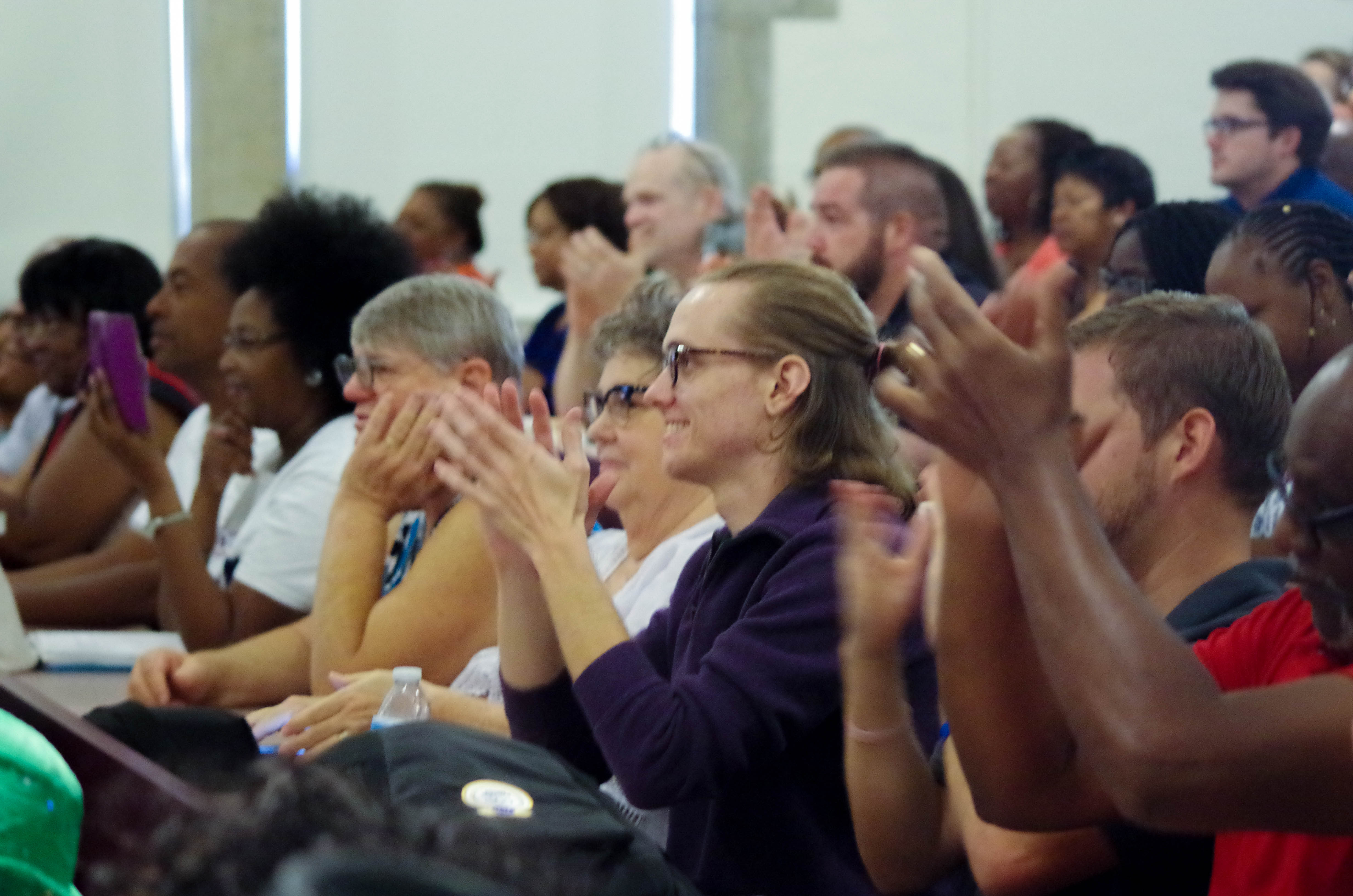 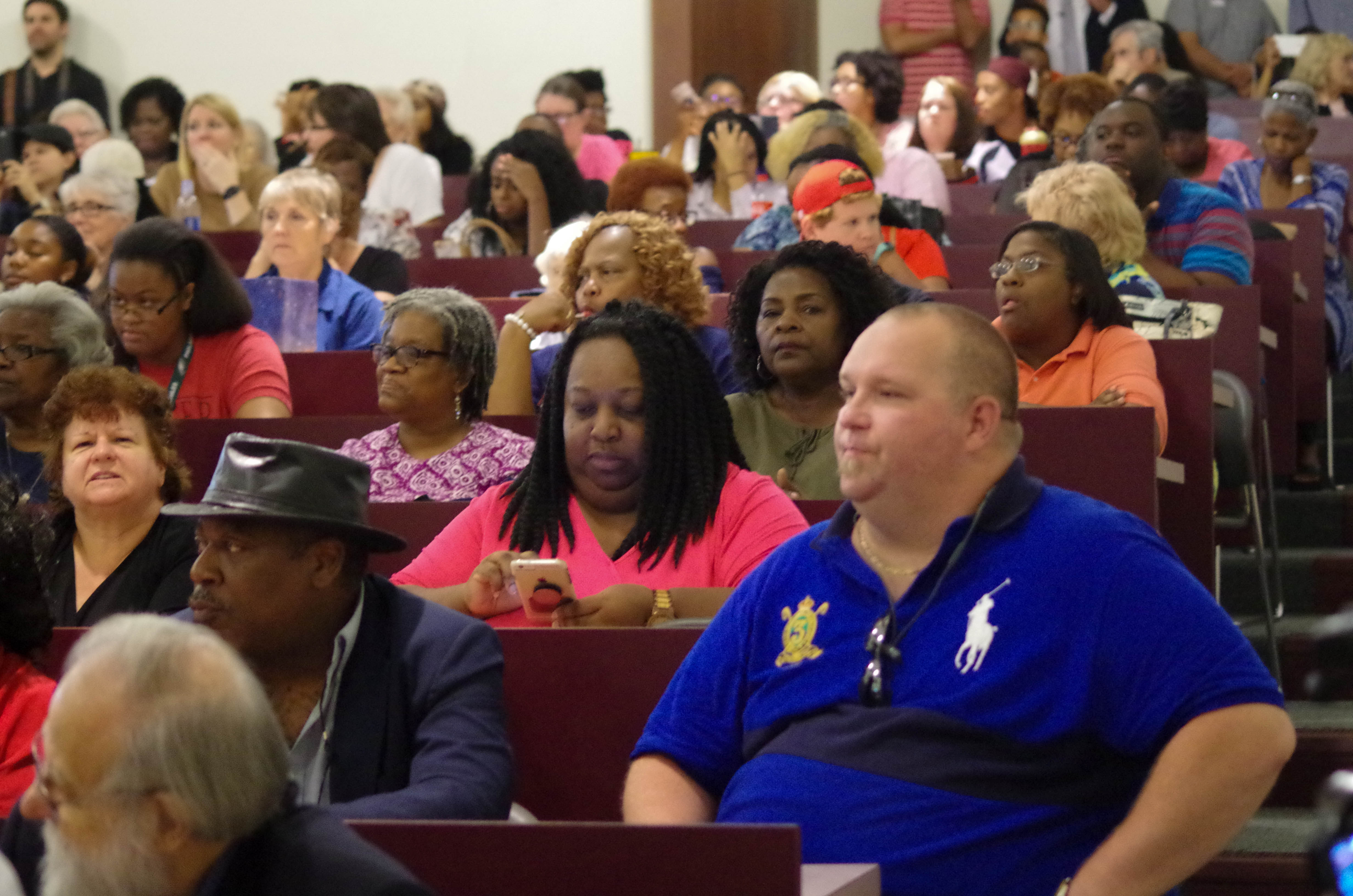 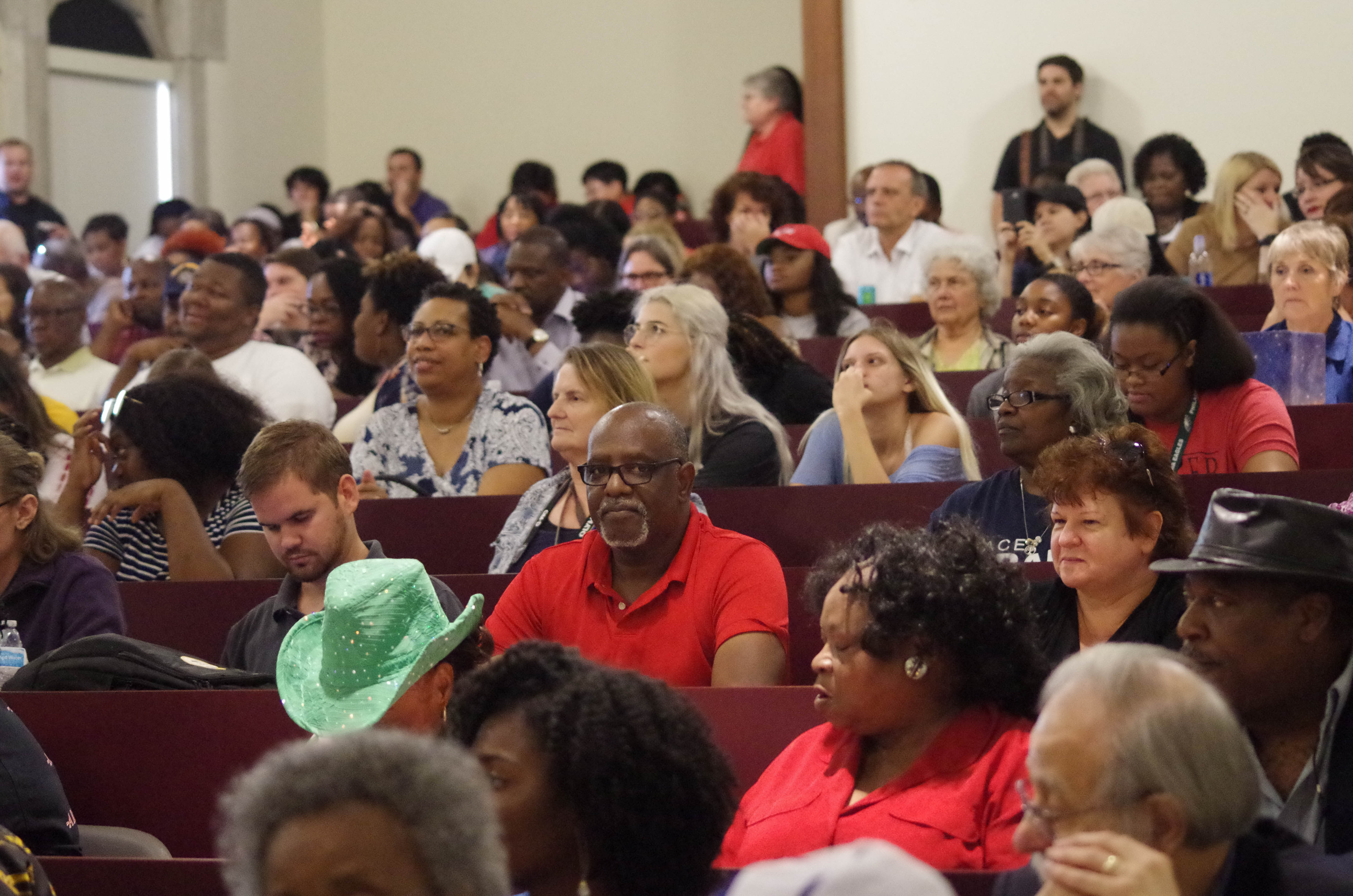 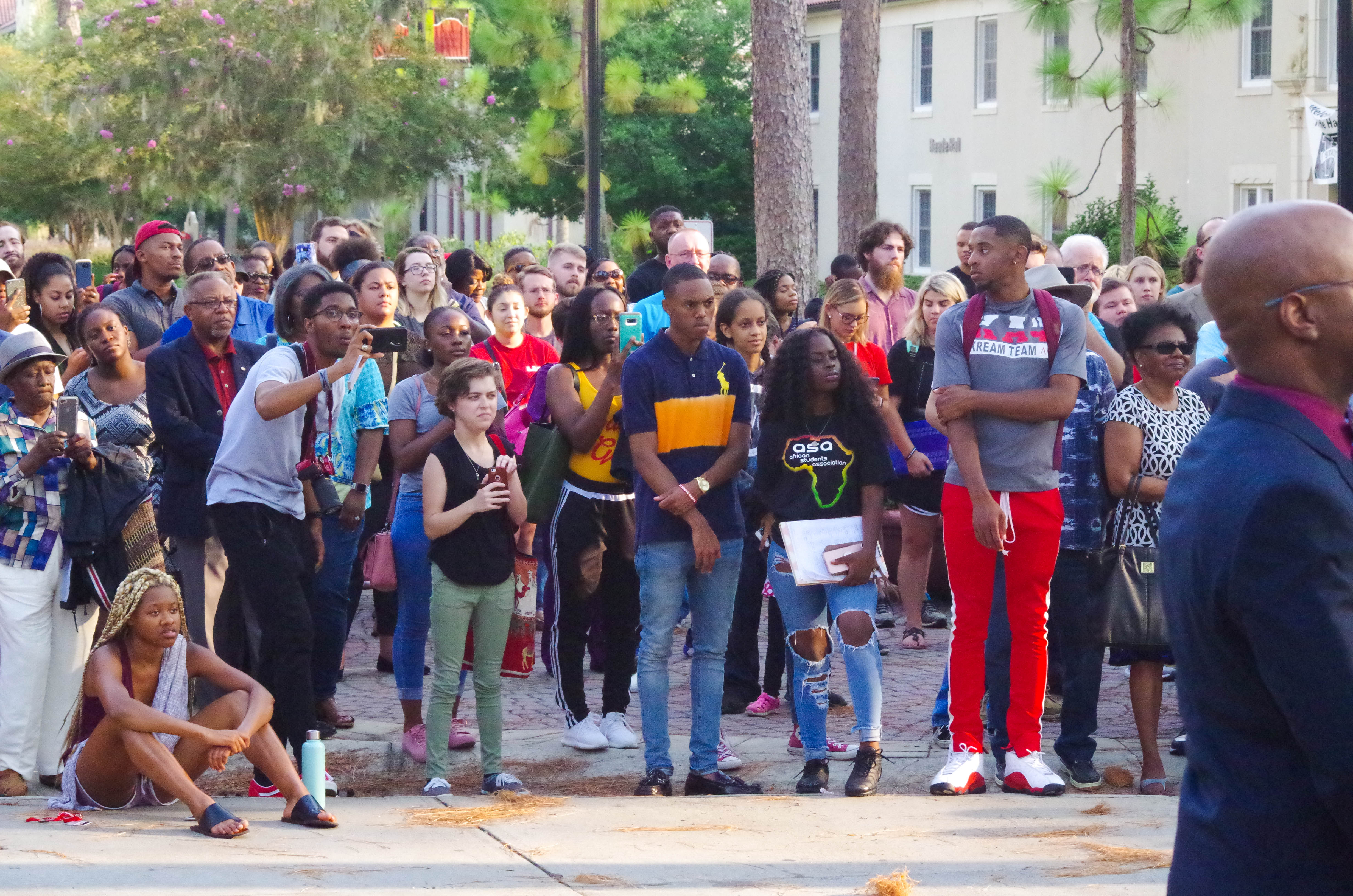 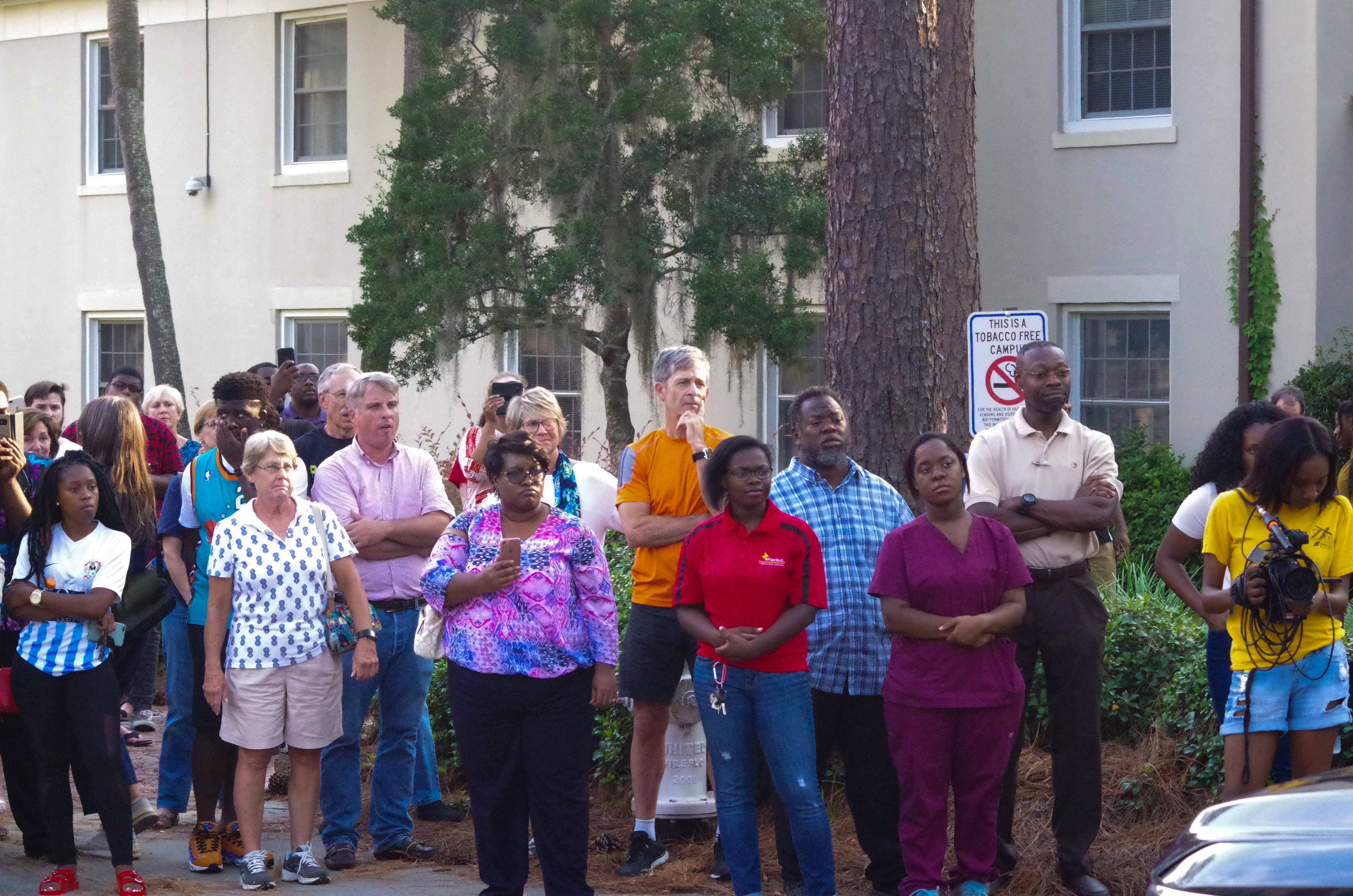 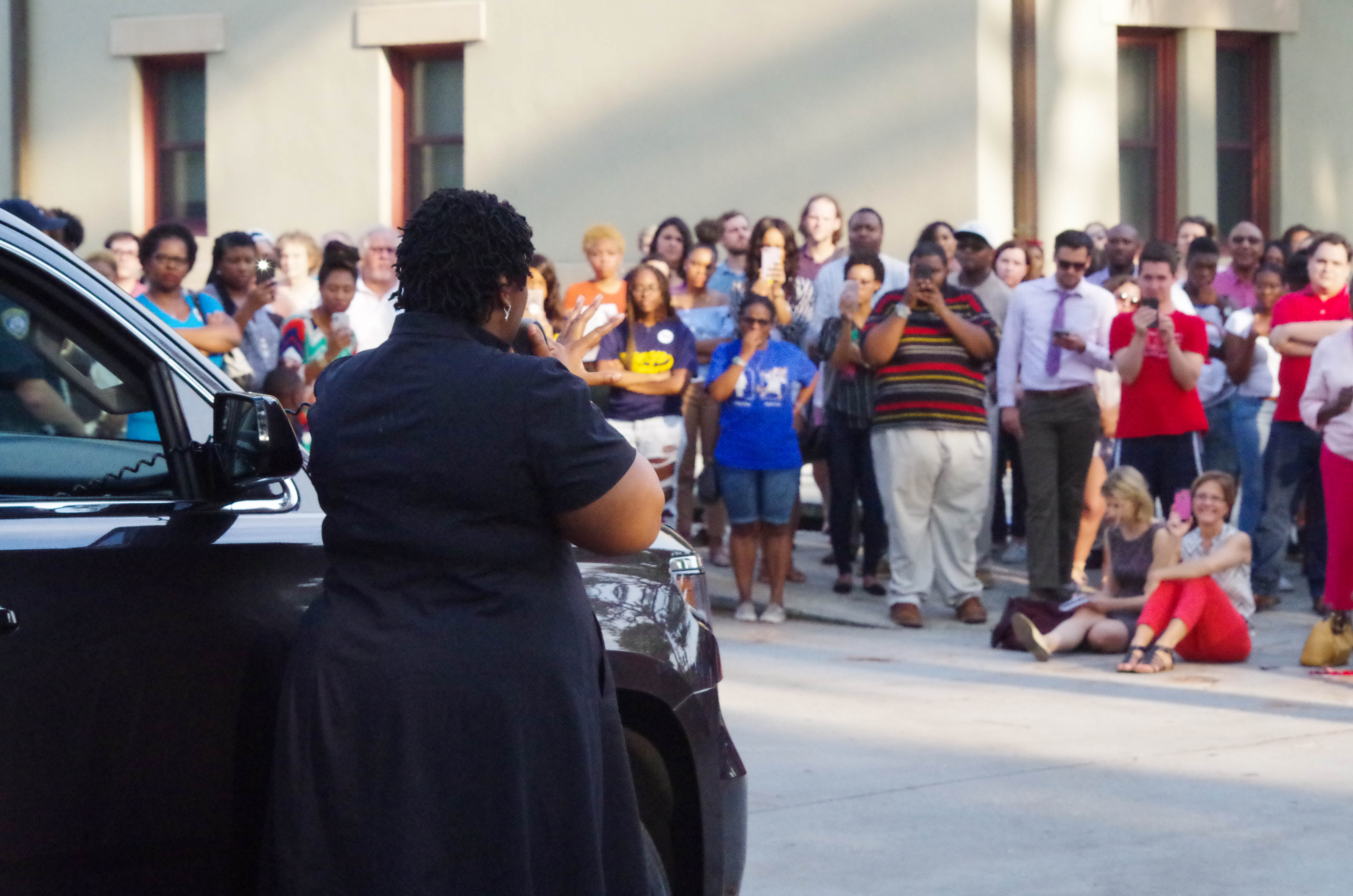 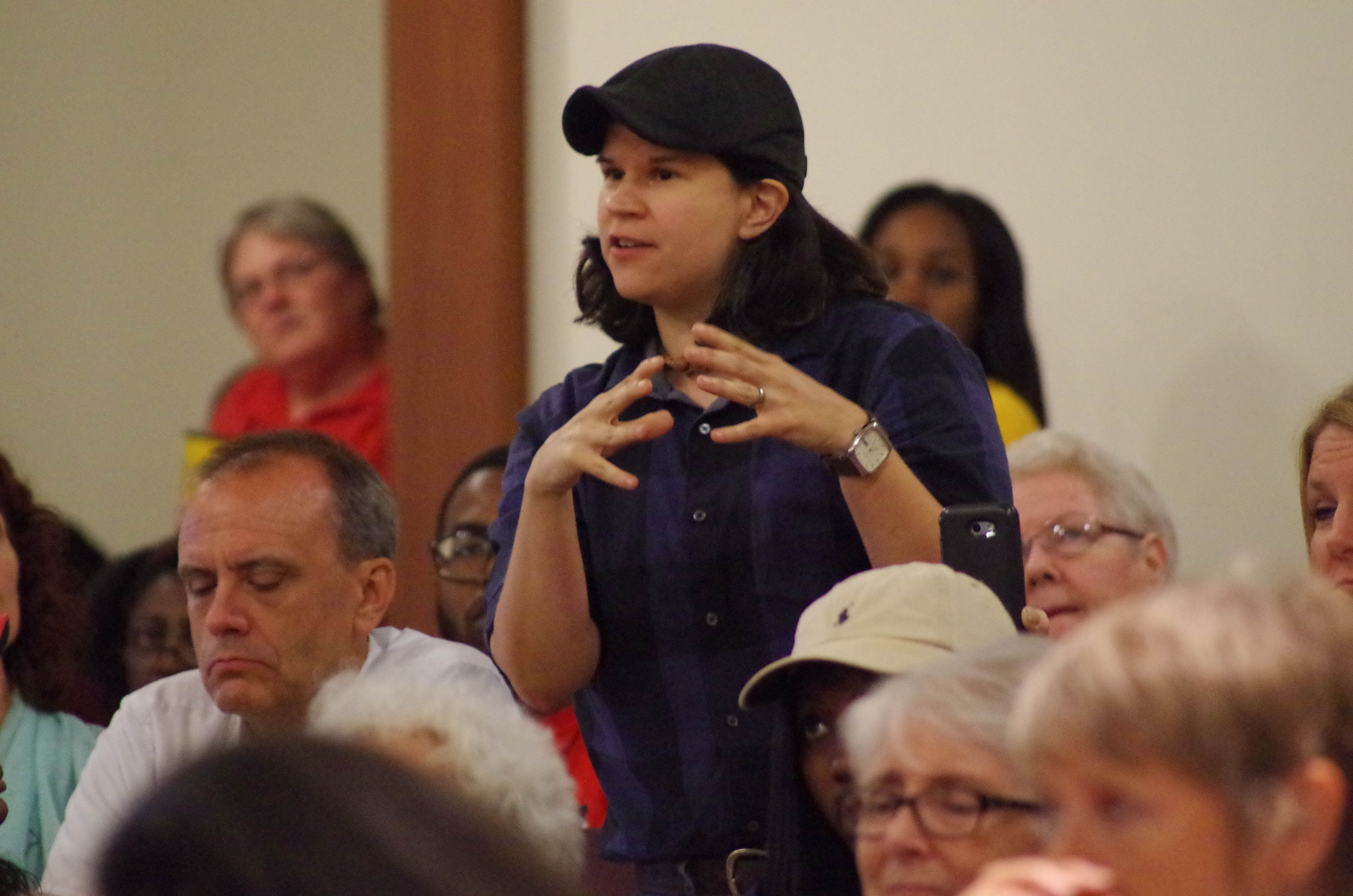 Previous Former VSU star returns during ‘Dine with the Blazers’
Next Review: “Crazy Rich Asians” brings back the beloved rom-com