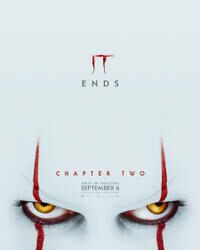 For a movie whose opening scene includes the brutalization of a young gay couple, you’d think that the writers just wanted to catch your attention quickly with shock value writing. In the case of It Chapter Two, you would be sorely mistaken.

One of the first lines you hear in the movie is, “you got a problem [explicit]?”

A young boy is speaking to one of the gay men and uses a slur to provoke him. This slur (Hint: first used as a name for a bundle of sticks used for fuel) is used twice throughout the movie.

Following a brief back-and-forth argument, the boy and his gang assault both gay men and toss one over a bridge and into the river.

Just when you think the man is saved after having someone guide him to shore, he is eaten alive by this “someone” who ends up being none other than Pennywise himself.

These scenes were hard to watch, but we’ve only just scratched the surface of controversy within this movie and this is coming from someone who isn’t easily offended at all.

The original group, consisting of Richie, Bill, Beverly, Ben, Eddie, Stanley, and Mike, reunite and have a flashback to the blood ritual they made after warding off Pennywise in the first film. For some viewers, it is hard to watch children slit their palms open with a piece of broken glass. Trust me, they don’t spare the use of any fake blood in this scene.

On the subject of children, whom Pennywise preys on the most, viewers are subjected to a scene in which several childrens’ corpses are floating in the river – not the most pleasant image you would hope to see after paying for a movie ticket.

One of the scenes that hit home with me the most was the depiction of a boy being beaten by a cop while other cops held the boy down.

I haven’t personally experienced this kind of treatment, but I know that that is one of the biggest social issues our country is facing today and I would understand why some people may be offended at seeing this treatment in a modern film.

“Two crackheads die in house fire,” reads the newspaper headline above the story on how Mike Hanlon’s parents died.

Because of the fact that Mike is the only black character in the movie, this plotline would, at first, come off as blatantly racist.

A pop critic for Slate wrote an entire article that said just that. This scene will be offensive to begin with, but it is the only one that is justified by the end of the film when we see that the headline was just a tactic used by It to disturb Mike.

Moving along, we come in contact with one of the antagonists from the first film.

Henry Bowers, the bully who terrorized Richie and his friends as kids, has now been admitted into an insane asylum.

During his escape attempt, he is brutalized by the guards. This was an inappropriate display of malpractice by the guards and it would probably serve to unnerve members of the audience who have family and friends in mental institutions.

Another big social issue America is facing is the suicide rate.

Suicide is the 10th leading cause of death in the U.S. Tragically, Stanley, one of the main characters and a founding member of the Losers Club, along with the six other protagonist of the story, takes his own life when he decides that he would do more harm than good in attempting to help the others defeat It.

Also, the way he ends his life is a callback to the blood ritual he participated in as a child when he slit his palm open.

This connection emphasizes what some viewers may have taken offense to when they watched the blood ritual scene: it would coax people into self harm/suicide.

Even more frowned upon is the idea of children having access to cigarettes and smoking them.

Throughout the film, Beverly has an affinity for them. I can just see the look of disgust on my mom’s face as she watches a twelve-year-old girl smoke on screen.

That is, if she would ever step foot inside a theater to see a horror film.

To some, the most offensive part of the movie is the subplot that may not even be an actual subplot. You’d have to see the movie to understand, but basically, Richie might be gay and have feelings for his friend, and co-member of the Loser’s Club, Eddie.

Eddie dies at the end and this subplot dies with him, except for when Richie goes back to the concrete street safety rail in Derry and re-carves “R + E” into it.

He never voices these potentially homosexual feelings, assuming that he actually had any at all, to Eddie or anyone else and many people found this disrespectful to the LGBTQ+ community.

Many viewers thought this subplot deserved better, made Richie more interesting, and should have been given a chance to develop more.

I won’t say the movie isn’t offensive, but I won’t say it’s something to take up arms about.

At the end of the day, if you don’t like the movie, walk out; if you want to tell a story or develop a plot/subplot the way you see fit, then make a movie.

Assuming everyone is following the law, we’re all adults when we step into a theater that is showing an R-rated film, so it isn’t the crew’s job to appease everyone in the audience, but just to tell their story. 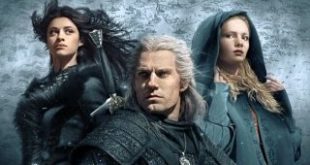 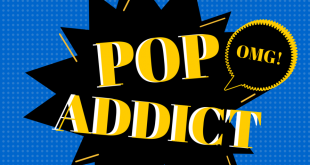