Home / Entertainment / Pop Addict: Get the Tea with TJ! 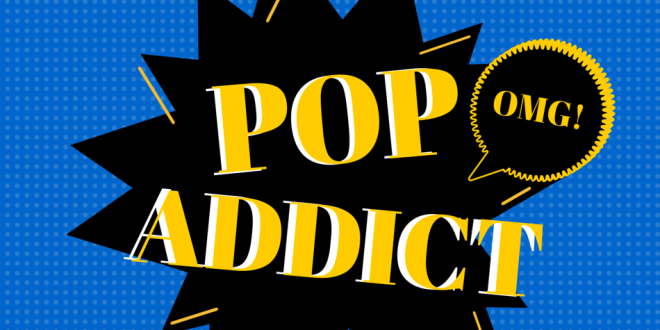 Hello, pop addicts of VSU and welcome back to another edition of Pop Addict. It’s been a while since we’ve discussed the latest news in pop culture and I’ve missed you guys, so without further a due, let’s get right into it!

The 77th Golden Globe Awards ceremony took place on Jan. 5, 2020. There was a variety of winners, including:

· Renee Zellweger wins Best Actress in a film drama for her role as Judy Garland in Judy, making it her first in sixteen years.

· Joaquin Phoenix wins Best Actor for his role as Arthur Fleck/Joker, a surprising win considering the average critical acclaim and some controversy due to many feeling the movie would entice violence.

· Once Upon a Time in Hollywood wins Best Picture (Musical or Comedy).

· Awkwafina wins Best Actress (Musical or Comedy) for her role in the movie The Farewell, making her the first actress of Asian descent to win the award. This is especially important due to the rising popularity of Asian culture in America.

Also, I believe that the lack of women nominated in the Best Director category needs to be highlighted, as Amy Pascal, director of Little Women, deserved to be there. Little Woman was an outstanding performance, and with Pascal being shut out of the nomination category, shows how women who work behind the scenes of films never get their spotlight. Nearly 80 directors have won the award for Best Director, and only one has been female: Kathryn Bigelow for 2009’s The Hurt Locker.

Selena Gomez has released her studio album titled Rare on Jan. 10. The album features appearances from artists 6lack and Kid Cudi. In my honest opinion, this is not a very good project. This is Selena’s first project in almost five years, and with everything she’s been through, you would think she gained a sense of artistry in that time. However, with generic pop production, generic lyrics, and an overall unmemorable and underwhelming album, Selena proves that she doesn’t stand out from the crowd.

Three prominent artists have released albums on Jan. 17 of this month: singer Halsey and rappers Eminem and the late Mac Miller.

Halsey’s Manic is an album that experiments with a variety of genres, ranging from pop, rock, hip hop, R&B, folk, and more. Despite the artistic thought put into it, the final product is pretty “meh”. Halsey’s vocal performance is not the most pleasant, and the lyrics aren’t any to be remembered. The production on the album is what saves the album from being too lackluster in quality.

Mac Miller’s family has allowed the release of the rapper’s first posthumous album titled Circles. If you know about Mac Miller and his music, then this album is definitely a tearjerker. Hearing Miller sing “Everybody’s gotta live and everybody’s gonna die” is sure to tug at a few heartstrings. The album is such a soft, vulnerable body of work, with every aspect of the album coming together to create a somber mood. This is undoubtedly my favorite release of the month so far.

We also received an album from Eminem, who has proved to be one of the most prominent rappers in the history of the genre. He’s been surrounded with controversy many times, more than I can count of my fingers, and he still continues to see a good deal of success. With that being said: this album is not it. I will say that it is slightly better than most of his recent works, but that wasn’t hard to accomplish in the first place. At this point, everyone’s tired with the edgy, controversial persona that he continues to use and honestly, it’s about time for him to hang it up.

That sums up this edition of Pop Addict. Thank you for reading, and I can’t wait to discuss pop culture with you again!

Written by Torrence Weaver. Photo courtesy of The Spectator.

Previous People Poll: Good advice to start the semester off strong
Next Dear Kobe, A eulogy to the man I’ve never met, but who I’ve known my entire life