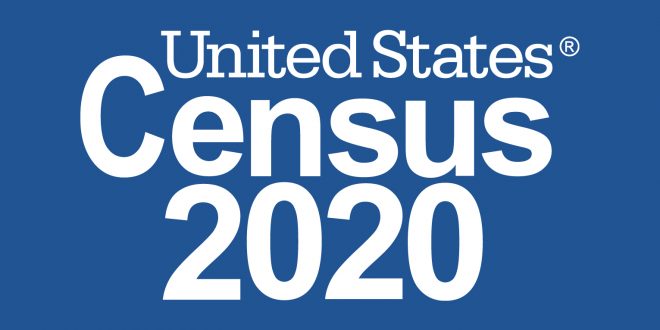 When one thinks of the year 2020, they might think of the presidential election, COVID-19 or the fact that we have entered a new decade. However, something that might get lost in all the madness is the 2020 census.

The census is mandated by Article 1, section 2 of the Constitution that is a population count of every living person in the United States and its five territories every 10 years. It is required by law to complete the census. It provides population projections and crucial information needed to help businesses and communities satisfy their needs.

Generally, the census comes in the mail, or you might receive a knock on your door from census takers. However, if you don’t get the paper application in the mail or don’t want to wait for it to arrive, you can go to 2020census.gov and respond online. Only one person needs to respond on behalf of his/her family, and it is important that everyone who lives in your household, including relatives, friends, children, and newborns is counted. If a family member has already filled out the census, then there is no need for the student to worry about completing it.

Marilyn Stephens, an assistant regional census manager, explained the impact that students have on their school’s communities and why it’s so important for college students specifically to participate in the census.

“College students are people too, and they’re counted where they go to school,” Stephens  said. “They not only attend school, but they also have jobs, they participate in commerce and they contribute to the local economy.”

College students are of particular importance in Valdosta which is why Stephens said they should take the 2020 census more seriously.

“In Valdosta, the 21-24 aged cohort (around college age) makes up 15% of the population,” she said. “It’s important that this sizable chunk of the city participates in the census, so services around them such as healthcare, emergency services, and education can better adapt and improve to better serve them and others in the community.”

Stephens also said that financial aid is directly impacted by the census.

“The census affects more than you think,” she  said. “Funding formulas for Pell Grants take population statistics into account. So not only does participating in the census help the community around you, but it also plays a role in accurately aiding your financials for college.”

Chelsey Cornog, an American sign language major , was aware of the census, but was surprised as to how great of an impact it had on her and her family.

“I didn’t answer the questionnaire, but my mom answered on behalf of my family,” she said. “I didn’t know that so many things are affected by census projections though.”

Taj Taylor, a mass media major, is also aware of the census and was able to fill his out for his family recently.

“I was proud to answer on behalf of my family a week ago,” he said. “It only comes once every 10 years, so I wanted to be part of history.”

Students still have an opportunity to fill out the census, but time is running out. The deadline to submit responses is September 20.

Previous How has COVID-19 impacted the film and theater industry?
Next Editorial: VSU isn’t giving us enough information on COVID-19 numbers