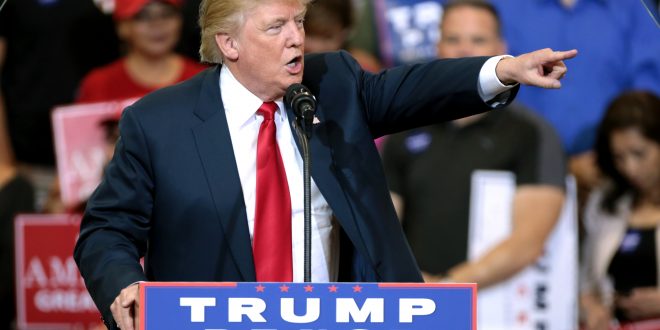 The heat of the upcoming election has brought skepticism about the legitimacy of voting.

It is known throughout the country that the president is ultimately determined by the electoral college, which turns citizens away from voting.

The truth of the matter is the popular vote does matter.

In all 50 states plus the District of Columbia, the electoral college is a group of individuals who vote candidates to become the president.

According to Dr. Bernard Tamas, associate professor of political science, this is a system designed into the U.S. Constitution.

Dr. Joseph Robbins, department head of political science, said the Founding Fathers created this system in order to have a compromise of power between the people who wanted to avoid a tyrannical, king-like government and the congress.

“We didn’t opt for a direct popular vote because it was widely believed that a lot of folks throughout the country were not literate or didn’t have the requisite knowledge to competently participate in the elections at the founding of our country,” he said.

The popular vote is the candidate with the most votes amongst the American people.

An elector will normally cast their vote for the candidate that wins the popular vote.

However, the candidate with the most popular votes doesn’t always win because electors aren’t required to vote for the candidate of their party unless required by the state, according to usa.gov.

The Brennan Center for Justice says the electors that don’t vote for the candidate with the most popular votes is called a “faithless elector.”

Trump won the election (while losing the popular vote) because the Electoral College is weighted toward lesser populated states, allowing him to win a lot of lower populated states and get the 270 EC votes he needs.

The only other times this has happened was in 2000 and a few times in the 1800s, according to usa.gov.

“It is a general philosophy behind representative democracy that each person’s vote should count equally,” Dr. Tamas said. “Having some people’s vote count more than others simply because of where they live is extremely undemocratic.”

While many believe the Electoral College should be abolished, Dr. Tamas says there is an easier way to resolve the issue by passing a piece of legislation.

“By increasing the House of Representative to around 600 members form the current 435, for example, the impact of the two senators on the Electoral College would be reduced significantly, making it a more proportional and fair system,” Dr. Tamas said.

While the American democracy is up for debate, Dr. Robbins still urges students to go out and vote.

“The way electoral votes are allocated is first determined by the outcome of the popular votes cast at the state level,” he said. “Your vote very much does matter”

Dr. Robbins put a spotlight on Florida and Georgia, which are two states that will have close percentages this election. He sees this as a reason for students to vote.

According to usa.gov, a candidate needs at least 270 of the electoral votes to win the presidential election.

“Early voting is a lot quicker,” he said, “It’s a lot easier in the sense of not waiting in line all day, so I cannot recommend early voting enough.”